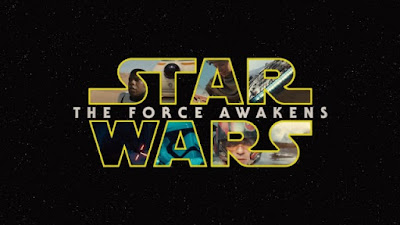 
Our good friends over at www.cheatsheet.com posted this article last week about all the secrecy about The Force Awakens.  Here we are a couple of months from the films releases and there have only been a couple of trailers and very little leak to the plot and the characters of this hugely anticipated movie.  Its a Sith like secrecy to this movie.  This is not the norm for blockbusters nowadays.  Between teaser trailers and full trailers often 6-12 months before the movie premier, all this secrecy can be looked at as refreshing.  But it can also be looked at as disturbing, or at least worrisome.

Star Wars does not need any additional hype to the franchise- even after the prequels.  Original fans and their children and their children's children will be lined up for this movie days and  hours ahead of screenings and the excitement they felt back in 1977 for Star Wars or 1998 for The Phantom Menace will be palpable. But what I think Star Wars fans and producers may be missing is the reason people love The Original Trilogy and love to hate the Prequels, is that they are so familiar with the story of the Force and the Family Skywalker. Even though people hate the Prequels, we all knew where is was headed and how it was going to end and there is a level of comfort in knowing that Annakin will become Vader, Obi Won is going to die, Yoda is a great Jedi Master.  And the prequels gave us a glimpse into that world before Star Wars, but we all knew how it ended and even George Lucas couldn't screw that up( but man did he try).  Now, Star Wars producers are banking on fans to just accept whatever this new thing is because it has Star Wars across the screen!  I think that is a huge mistake and I think they may know this, too which is why the original actors who play Luke, Leia, Han, and Chewbacaa are in this movie. That is why you see Vader's burning helmet.... they know there has to be a link for older fans and newer fans!  But you are asking alot for older fans to give a shit about these new characters.  New characters which you have not explained or given much of a backstory for because of this Sith level secrecy.  And lets keep it super 100.... Star Wars has not always done the best at introducing new characters and making you care for them. And even when they did introduce a cool new character( non animated) they killed them off before you could even care about them( Hello Darth Maul, Qui Gon Jin, and Jango Fett and Bobba Fett). 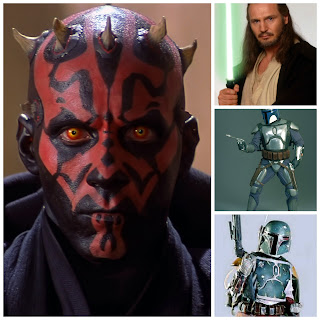 I have always maintained that any new Star Wars movie should have recast all the main protagonist. The Star Wars expanded universe has already told the story of the Skywalkers post the fall of the Empire and seeing that play out over a few movies, with new, younger actors would have been exciting for new and old fans because it would have been a continuation of characters that we already grew up and grew old with.

This new movie seems kinda forced( get it). I do not bow down to the altar of JJ Abrams like many fans do.  I liked what he did with the reboot of Star Trek but as you see, he just recast original characters. He did not reinvent the wheel and make an entire new Enterprise crew for us to care about.

So I am excited but very nervous about this movie. I am an old Star Wars fan who saw the original in the theater and then 21 years later took off work to see Phantom Menace.  I've seen all the Clone Wars movies/cartoons, and have done several DVD marathons with my kids of the Original Trilogy and the Prequels.  My fandom for Star Wars cannot be questioned.  Hopefully they movie captures that news and excitement of Star Wars and gives us moments of awe that my kids can later share with their kids.

Posted by Brothascomics at 4:41 PM