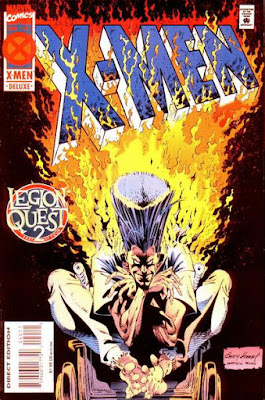 On the road to the Age of Apocalypse.... Legion has time jumped himself and four Xmen( Storm, Iceman, Bishop, and Psylocke) back in time.  His goal was to go back in time and kill Magneto so his fathers( Professor Xavier) dream of peaceful co existence between Mutants and Humans could become a reality.  However, with the time jump, he has set into motion events in the past that are having a major affect on the present and the future. 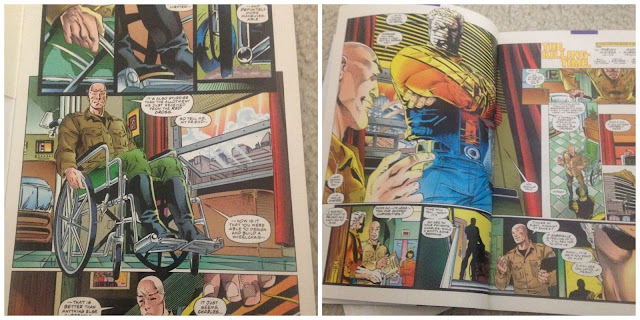 The book picks up in the past.  Charles and Magnus( Erik) are working at a hospital together.  Neither know each other is a mutant but both suspect there is something special or different about the other. In that difference, they form a strong bond of friendship- something alluded to in the books and Xmen movies but first visually scene here.  Their differences on mutants and human relations is laid out here, as well and you can see the seeds of future conflict.

Charles is there working with patients and secretly using his mutant power to help soldiers who have been affected by the war.  Magnus has been assigned a "special" patient at the hospital who has memory issues and looking to piece together his fractured mind( I wonder who that could be) 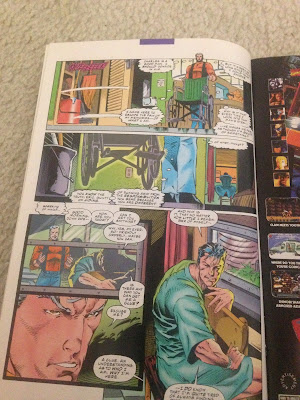 But Charles and Magnus are not the only people stuck in the past.  When Legion time jumped, he brought with him portions of the Xmen( Storm, Bishop, Iceman, and Psylocke).  They have been back in time for months and their memories have been affected, too. They know they are different and they have powers but cannot figure out who or what they are! 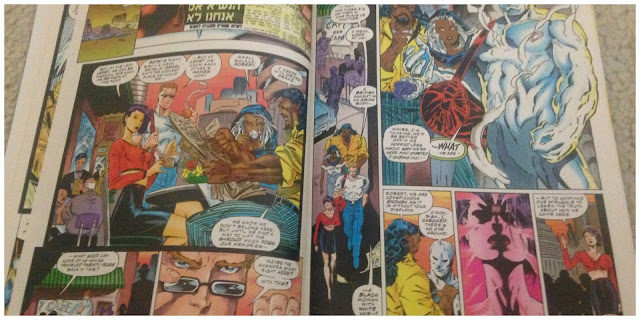 Meanwhile, in the present, the Xmen Blue team is on the scene to find the remaining Xmen.  Before Jean Grey/Phoenix passed out, she communicated with Professor Xavier and he use her psi signature to find her in the vast deserts of Israel. 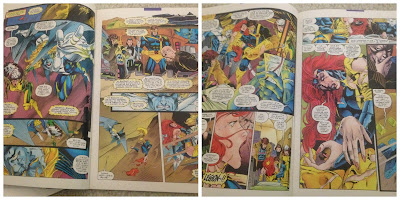 Piecing the story together with Jean, Charles and the team determine they need an expert on time travel to deal with this situation with Legion.  Of course the resident time travel expert at the time is Cable. For those who don't know, Cable is the son( in a future time line) of Jean Grey and Cyclops. Cable travels with his lady friend, the assassin Domino. 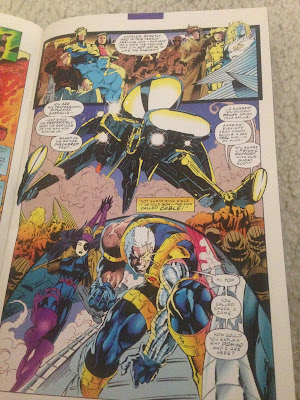 Back in the past, Magnus has a strange conversation with his mystery patient.  As he gets closer, Legion's power manifests and taps into Magnus' mind and floods images of his painful past in the concentration camps and this freaks out Magneto and Legion as he is attempting to put his mind and mission back into focus. Magneto, freaked out, seeks out his friend, Charles to help put his mind at ease. 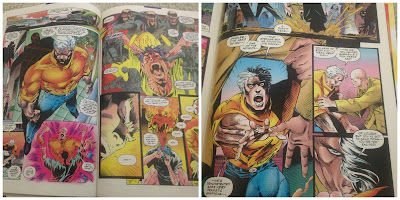 Charles and Magnus make their way back to the hospital and find Legion in a psychotic state. Not only that, from his body our images from the future and Charles and Magnus can see these images which leads to massive confusion as to who or what they are seeing. 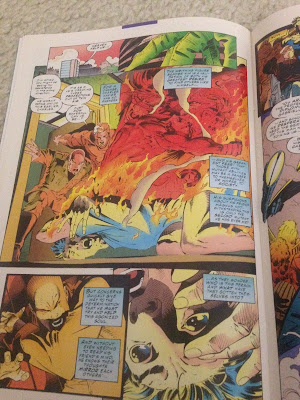 Back in the present, a plan is being put into place to send Cable back into the past to help bring the Xmen and Legion back to the present. Before putting the plan into action, a crack of lighting appears in the sky and a hologrpahic image of Lilandra appears.  Lilandra is the leader of the vast Shiar empire and she comes with a warning to Charles- her former lover, that events in the past are affecting the future and the Xmen need to stop it. But who delivers this message to Lilandra. 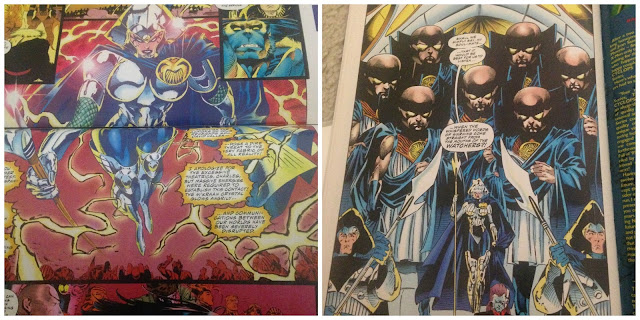 That ends Legion Quest Part 2. Come back next week for part 3 as we move forward to the Age of Apocalypse.

The Producer
Posted by Brothascomics at 11:48 PM