The Career of Morris Chestnut 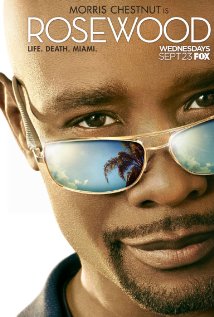 If we are making the perfect actor in a science lab, they would obviously need to have good looks, charm, and of course the ability to actually act.  Leading men need to be tall and have a presence when they are on screen.  Which leads us to the curious case of Morris Chestnut and why he never became a leading man in Hollywood.  Don't get me wrong, Morris has worked in film and tv for years with varying amounts of success. @brothascomics has approved Rosewood this season on Fox as one of our new, favorite shows. I've essentially called it " Black House".  If you enjoyed House, you will enjoy Rosewood. Its a typical procedural- the only real difference is the lead actor.

Watching the show and him acting on it, got me to thinking about Morris Chestnut and his career as an actor. He checks off all the boxes in building our perfect, leading man. I mean he is handsome, he can act, and is charming as hell.  These attributes usually lead to people becoming movie stars.   The one big difference being his skin tone.  Hollywood, with the exception of Sydney Poiter has always struggled with dark skinned actors in non, comedic roles.  Hollywood seems perfectly content with dark skinned actors in comedy- probably because it makes them seem less threatening. But in drams,  over the past 30 years, the only real leads in non comedic, big budget releases have been: Wesley Snipes, Denzel Washington, and Will Smith and from the looks of these pictures, one of these dudes is doing their own thing.

So Morris Chestnut was going to have an uphill battle to begin with to make it to A-List, headline movie star.  He's made  some questionable choices in roles and been typecast in Hollywood as the "athletic, good guy".   Lets scroll his IMBD and see where maybe things went off the rails for him. 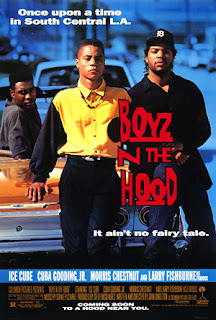 Of course our first introduction to Morris Chestnut is as Ricky in John Singleton's sometimes brilliant, Boyz in the Hood.  Of all the "Message" movies in the early 90's, this is one of the better ones and really starts Morris Chestnut on the path to being that guy who is known more for being an athlete, rather than an actor.  He does great work in this movie, tho as a young actor.  His death scene is probably referenced as much by black people as Cochises' death scene in Cooley High. I'm still confused as to why they took him to the house instead of the hospital, tho?

Boyz in the Hood set Morris Chestnut on the path of playing " that athletic dude" in tv shows and movies post Boyz in the Hood.  He's in the Last Boyscout and has a couple of short lived sitcoms that even I have not heard of( and I watch alot of television).  His next major movie role is in the Inkwell.  For those of you who are too young to remember, there was a groundswell of positive black movies, post all the "Message" movies of the early 90's.  The hope and goal was to expand the black movie goers experience not with just tales from the hood but with positive, black family drama.  The movies were moderately successful at times.  The Inkwell fit that billing perfectly.  A very good coming of age movie but not that successful at the box office.


Morris Chestnut then gets a big break in 1995 with a co-starring role in Under Seige 2: Dark Territory( that's not racist!) with Steven Segal.  Now we all know and see Segal for the freakshow that he is NOW! But then, he was a pretty decent box office success story with his lightweight, kung fu action flicks.  This sequel, however, did not do as well as the original and besides some brief appearance in GI Jane and another failed tv show, things are bleak for Morris Chestnut from 1995-1999.


In the later 90's and early 2000's, the black movie goer experience had transitioned from hood tales, to black family drama, to more positive hood tale story's about brotherhood and Morris Chestnut benefits from this greatly.  His good looks and athleticism serve him well in all these films.  In 1999, he appears in the Best Man and in 2001, he appears in The Brothers.  Both movies are  about successful, young black men looking to make their mark in the world.  Both movies are moderately successful at the box office and Morris Chestnut gets a big career boost out of both of these movies.

Its funny watching these trailers for movies that are 15 years old and most of the same black people are still working in some capacity( except for Bill Bellamy?)...but I digress.

The success of these movies and the charm exhibited by Morris Chestnut leads him to his first of three feature roles.  The first is Two Can Play that Game starring with Vivica A Fox.  Now and even to this day, selling a black, romantic comedy is very hard( especially when rated R). But if you have never seem this movie, its actually quite good. Both leads are great and its funny and sexy.... but such a hard sell to both black and white audiences.  The movie only grosses $22 million on a $13 million budget which isn't bad but its not so great that studios are lining up to make more movies with you!

The second of his three features is Like Mike.... He is the main adult star of the movie, along with a host of NBA players.  The main star of the movie tho,  is Bow Bow and this movie is the most successful of his three features.  Chestnut plays the role of athletic, good guy very well. But overall, his role in the movie is secondary to the NBA guys! But the movie is a hit making over $51 million dollars.  His star is sorta on the rise but this is followed up by hist last feature ... Half Past Dead

Half Past Dead is another Steven Segal movie... but this time with Ja Rule!  What could possibly go wrong?  At this point, Steven Segal is a failing actor and this movie makes Under Seige look like an Oscar contender. The movie bombs naturally and it craters Morris Chestnuts career as a leading man.  Half Past dead comes out in 2002 and even though he is in films and on tv after Half Past Dead, he is more a "working actor" now.  Minor roles in minor films and a few tv roles but none of the roles or shows make an impact or push him back towards feature actor.


He has roles in two horror movies.  He co-stars in the sequel to Anaconda( which is a movie that should not have a sequel) and he also co-stars in The Cave.  Both movies are typical, paint by numbers horror movies and truly offer nothing to cinema and nothing to help his career at all.


He scores a minor role with the Rock, AKA Dwyane Johnson, in the Disney movie, The Game Plan as the "athletic, spiritual guy" but I mean his role in the movie could've been played by anyone, really.  So from 2001 where he gets features to 2005, he becomes just another black guy working in movies.  To me its both surprising and not surprising.  His chance to become a feature actor failed and his choice of roles did not help.  Black actors do not get much of a margin for error in film- especially dark skinned black actors.  If you make money, you keep getting roles.  If you don't make money, you become irrelevant or you don't work or you wind up starring in Tyler Perry features. Morris Chestnut became irrelevant.  But all the tools to be a successful actor were there, but the opportunities were not.


After The Game Plan in 2007, he "stars" in a few movies that none of us heard of or or many people saw. A few straight to DVD releases.  He stars in the TD Jake's movie, Not easily Broken in 2009 as the feature actor. The movie is a small success with Christian audiences.  After that, he does score a major role in the V remake in 2011. I know I and many blerds out there were hoping for V to be a success but it craters after one season.  Between bad roles and bad luck, he really cant seem to catch a break!

From V, he is still a working actor and makes appearances on American Horror Story and ironically in Think Like a Man- which is really just a remake of the Brothers.  He also stars as a detective in Identity Thief, The Call, and Kick Ass 2.  I guess he has been typecast as the caring, non trusting detective. 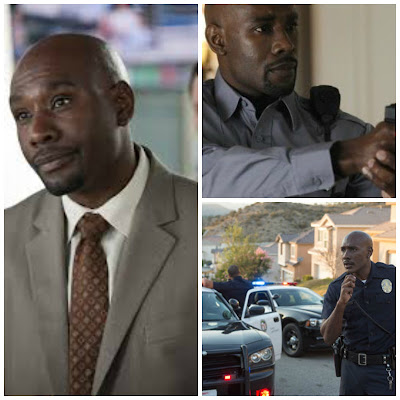 So Morris Chestnut seemed to be settle into his career as black supporting actor and then the Best Man Holiday comes out.  The movie is a huge hit and the main actors in the movie all seem to get a slight career bump- including Morris Chestnut.  He gets the role of Dr, Prentiss on Nurse Jackie and lands the role as a detective( naturally) on the TNT show Legends.

The Best Man Holiday even lands him a leading role in a new movie- The Perfect Guy.

The movie is a Fatal Attraction rip off and of course Morris Chestnut plays the "good guy" but the movie is surprisingly successful and continues this late career hot streak for Morris Chestnut. I think this movie, combined with Rosewood getting the lead in for Empire, has helped make Chestnut a hot commodity again and people are seeing what many of us saw in Boyz in the Hood.

Maybe Rosewood bounces him to a higher level.  Tv doesn't tend to do that for actors in their 40's but who knows. As a fan, I wish he would expand his roles and stop playing the good guy or the detective- Hell he works for/with the police on Rosewood!

In my opinion, Morris Chestnut is exhibit A on Hollywood not knowing what to do with dark skinned actors.  There is no real reason as to why he is not or could not have been Will Smith. He's just as attractive, a better actor, and has all the charm that Will Smith has.  But because he is darker, he is not viewed as a leading man and roles and opportunities for him and other darker skinned actors are few and far between. And that is the real tragedy here.

Posted by Brothascomics at 3:52 PM