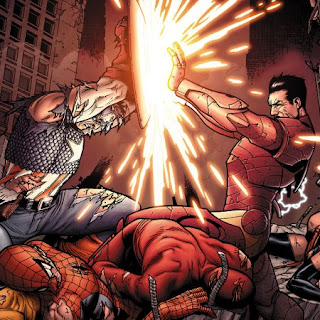 In life, we all have sides to pick, and the 3rd Captain America movie is gonna make us all pick a side.  The movie is loosely based on the Marvel limited series: Civil War which pitied Marvel's heroes against one another in a battle over freedom and civil liberties with each hero being forced to pick a side.  Iron Man/Tony Stark believes that heroes need to be policed and registered to ensure their powers are used for good.  Captain America/Steve Rogers believes that heroes( and villains)should not be held to a different standard than anyone else and infringing on their privacy for "safety and security" is a violation of basic civil rights.  The seeds of this conflict have been planted in the Avengers and Captain America: Winter Solider and its all setting the stage for Civil War.  Now as much as I often bump for Marvel over DC, Civil War worries me the same way Batman V Superman does.  The movie is already overloaded with "heroes" and that is not even considering the villains that appear in the movie.  I worry the movie can get bloated like Age of Ultron and ruin the momentum that Winter Solider gave the entire Marvel Cinematic Universe.

@brothascomics will be reviewing the comic book series as we get closer to the movies release in May, 2016. But much information about the movie is leaking out and articles keep leaking about who each hero aligns themselves with.

Our friends over at Movies Cheat Sheet posted an article today with a definitive list of hero alliances in Civil War.  Let's look at the teams based on their Marvel Cinematic history and powers and you tell me who's gonna win this war. 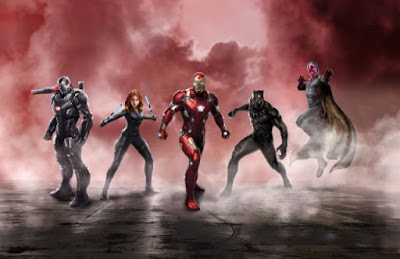 War Machine
James Rhodes is career military man and all he knows in following orders and if the government wants heroes registered, he is going to follow orders. Period.  No surprise he is pro registration and of course he is going to co-sign with his boy, Iron Man.

Black Widow
This is surprising and not.  As one of Col. Nick Fury's top agents of SHIELD, she is already used to policing the para normal activity.  She is a trained assassin with ties to fringes of the government military apparatus.  But she is also a spy and understands how intelligence can often get messy to keep the people and the government safe ad running properly.  Is she pro registration because she doesn't trust Iron Man/ Tony Stark? Is she still working for Nick Fury?

Black Panther
As we do not know what his powers will be and how close they are sticking to his comic book history, its hard to know where he is coming from in the pro registration.  In the comics, he was anti registration after the death of Black Goliath so its interesting to see why his loyalty lies with Iron Man in the movie.  Chances are there is a major link between the Stark Family and Wakanda and he feels a since of loyalty there.  Plus the seeds for the Illuminati are there.  It would not be a stretch to find out that Tony and T'Challa have been knowing each other and working with each other for years.

Vision
Created with the technology from the Mind Stone and cloning from Dr....., The Vision aligns himself with his human creator, Tony Stark.  Vision has a moral conscience to do the right thing.  Heroes registering would seem like the right thing to him so he goes Team Iron Man.

Team Iron Man has alot of fire power with both Iron Man suits.  Vision, at least in the comics, is a super powerful android.  Even in the movie, with the mind stone, he was pretty powerful.  That is in full opposite to Team Captain America 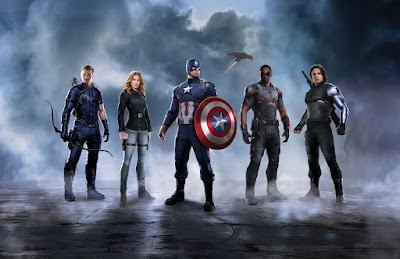 Team Captain America all have quite personal relationships with Cap.  There are his old best friend( Bucky, aka Winter Soldier), his new best( black) friend, Sam Wilson, aka Falcon, and Sharon Carter, aka, Agent 13, aka the granddaughter of a lady he shoulda smashed in the 40's.  Its also a team with Hawkeye who fits in with the team with no super powers.  Team Cap also gets Ant-Man, who may be the most powerful member of the group outside of Captain America.  Let's look at the line up more closely!

Winter Soldier
Last we saw Bucky, he was strapped to a vice grip of some sort at the end of Ant Man.  How he got there and why is a mystery but it looks like Captain America and Falcon were successful in completing their mission to bring Bucky back to the real world.  We know Winter Solider as a world class assassin.  Chances are he has plenty of secrets he would not want the government to know so he would be anti registration for sure.  Plus, with his memory restored, he aint going against his best friend.

Falcon
Look, black people distrust the government. Period.  I could end this here and every black person reading this would be nodding their head and saying, "Word".  But for the sake of writing, Falcon is gonna side with Captain America because that's his boy.  Its kinda surprising in a sense because Sam Wilson is military and he would be much like Rhodey and just following orders.  But the influence Cap has on Falcon outweighs even lawful orders so he stays Team Cap!

Agent 13
The character was just barely introduced in Winter Solider so we don't know much other than her being ex SHIELD.  She had been assigned to watch Captain America by Nick Fury and the hints of a romantic relationship are there as well. Plus her grandma wanted to do it with Cap back in the day so she just fulfills her granny fantasies and is Team Cap!

Hawkeye
Also ex SHIELD and has no real relationship with Cap established in the movies.  In the comics, they have a respectful but tension filled relationship.  In the movies, they barely share any real screen time together so its funny Hawkeye goes on opposite side of his partner in crime, Black Widow. With Hawkeye being a family man with wife and kids, it makes sense he would be anti registration to protect his family.

Ant Man
Well Scott Lang is an ex con so he probably has no real love for the government.  Its been alluded that he will help free Winter Soldier from his vice and maybe the trust that Falcon shows in him, makes him feel a loyalty to Falcon and Captain America.  I don't know.... I could probably go the whole movie and not see Ant Man and be mad OK with it.

But there are some missing pieces here, too.  Where does Nick Fury and Agent Maria Hill fall in this?  He is ex SHIELD director, she is working with Captain America and the Avengers.  What about Scarlet Witch.  She is an Avenger and Hawkeye was the reason her brother got killed. Who's side is she on?  We know she is in the movie based on set pictures from the movie.  And of course, what about Thor and the Hulk?  Is Thor just above these mortal things and stays in Asgard out of the mess?  We last saw Hulk flying an Avengers jet into the abyss. Does he come back? Is he team Black Widow based on their "relationship"?

It will be good to know.  I trust the Russo Brothers to pull this off without it becoming a convoluted mess, as Female Perspective would say.

Posted by Brothascomics at 11:43 PM