Superman and the almost Black Sidekick 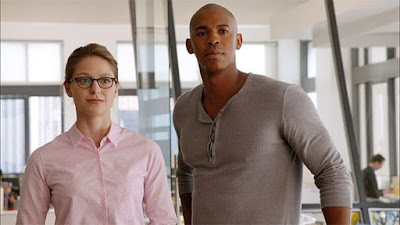 If you have not been watching the new Supergirl show on CBS( it is @brothascomics approved), you have missed out on the casting of Jimmy( excuse me, James Olson) played by actor Mechad Brooks. Brooks is probably most known for playing Eggs on True Blood or possibly for his role as Terrence King on the extremely underrated Necessary Roughness on USA Network.

Now on Supergirl, he has been cast as James Olson, best friend of Superman and love interest of Kara jor El.  It's a stunt casting as he is the only POC on the show, but he has been given a vital role to the main character and from the looks of things, at some point he and Supergirl are gonna do the Kryptonian Krunk in the sheets.  James Olson is nothing like comic book Jimmy Olson other than the fact that he takes pictures for a living.  Besides being Black, he's tall, dark, and handsome and he is not anyones lapdog.  James Olson, on the Supergirl tv show has been sent by Superman to look after his cousin and push her to be the hero Superman knows she can be.  I am not sure if Supes gonna be down with him smashing his cousin tho.

DC television has done a great job of exploring diversity on all their current tv shows.  From Arrow, to Gotham, and especially the Flash, you see POC in roles that are vital to the hero and they have been given storylines themselves that make their characters more than 2D and not someone who comes in to just drop jokes or needs to be constantly saved by the hero.

DC movies on the other hand, like Marvel, are sorely missing people of color.  Looking back at the Nolan Dark Knight Trilogy, vital roles for POC were few and far between besides Lucious Fox and Gabol( and Morgan Freeman really is in everything). 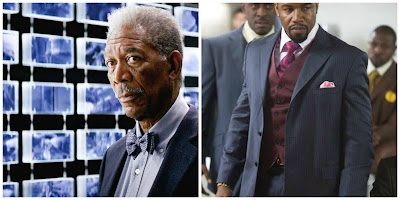 And then Man of Steel was pretty much the same.  The casting of Morpheus as Perry White, not withstanding. 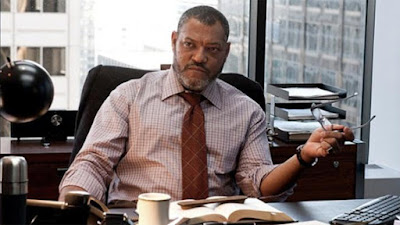 I do not have much hope for POC in Batman V Superman; although rumors of Aquaman and Cyborg being in the movie may change that.  As always, superhero properties do not want to take chances with characters people grew up loving.  When they do, the blacklash( yeah not backlash) is severe with people creating #boycotts because their beloved( fictional) comic book character is now black or a woman.  It speaks to the fragility of some fans who cannot look beyond the fact that 99% of the characters in comics and movies are white males, even though society looks nothing like that.

DC looked to change that in the late 1990's.  After the debacle that was Superman 4: The Quest for Peace, the property was dead in the water.  Tim Burton had brought Batman back to the big screen with Batman and then again in the much lesser sequel, Batman Returns. 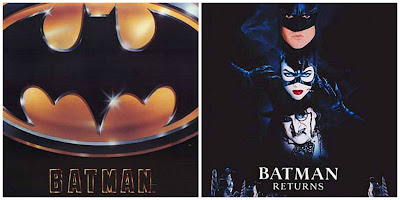 The success of these movies got movie company's thinking that comic book movies could be profitable and looked to reboot the Superman franchise.  At this point, Christopher Reeves who played Superman in the beloved 80's movies was too old AND confined to a wheelchair after a horse riding accident.  The search for a new Superman was on and Tim Burton, looking to.... I am not sure what he was doing when he cast Nic Cage in the role of Kal El.  At the time, Cage is coming off of a hot streak of successful popcorn movies made with Michael Bay and an Oscar for Leaving Las Vegas.  I know he is a hot mess now and only does bad movies, but for a time there, he was an "it" actor.  Plus he has a love for comics and comic book culture and lobbied hard for this role.  Hell he even named one of his kids Kal El!


I have not yet watched it but I've read enough on the Internet to get the jist of it.  To sum up, script revision is hell and moving forward on a big budget movie without a script is career suicide and Tim Burton did not want to have his career crash and burn with this movie, so he pulled out, which caused Cage to pull out and Superman as a movie property would go on ice until 2006 with the gawd awful Superman Returns.

In all that revising and rewriting of the script, roles were cast.  Hell they even were testing out suits( this movie woulda been awful no matter who starred or directed it by the way).  In the casting, Kevin Spacy was cast as Brainic and/or Lex Luthor- a role he did get to play eventually in Superman Returns.  And the other casting was Chris Rock as James "Jimmy" Olson. Now getting back in my way back machine to the mid 90's, Chris Rock was wearing the crown as the "Funniest Nigga in America".  Mid 90's Rock is coming off Roll with the New and is on fire as a comedian and in demand as an actor.  In this time, he accepts the role as Jimmy Olson and you gotta  wonder how this would've turned out?  If you read the versions of the scripts that were proposed for this movie, its all over the map.  Superman having an existential crisis in one, him dying in all of them, but not before he impregnates Lois Lane in another.... Jimmy Olson may have been from Krypton by the end of that movie had it gotten made.

So DC fulfills its Black Jimmy Olson destiny years later by casting the role in Supergirl. It does flow with DC playing loose with their characterization on their tv shows and I'm down with it. Now if we can only get them to cast Serena Williams as Wonder Woman... 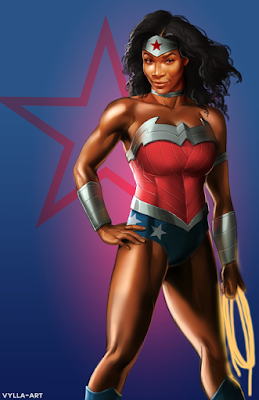 Posted by Brothascomics at 3:28 PM