Fox and their Turkey Movies 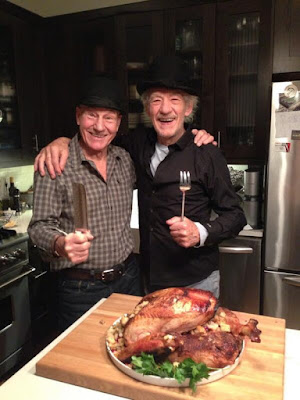 I'm gonna go ahead and give Fox props for some XMen movies right off the bat.  There is a caveat tho.  X-movies that have been under the guidance of Brian Singer have done well and are critically and commercially successful.  This would include X-Men, X2, XMen: First Class, and X:Men Days of Future Past.  He is also directing XMen: Age of Apocolypse.  Each of those movies was either directed and/or produced by Singer and his team.  We can debate the merits of those movies with details, but you'd be hard pressed to find anyone who says they are "bad movies".
However, when Singer has not been involved, Fox loses its way and produces some Turkeys. With it being the holiday season, lets pull up a chair, grab some white meat, macaroni and cheese, some collard greens, and cornbread and look at some of Fox's biggest Turkey's.


Um... err.... look... I hold X2 to a high place in comic book movie rankings.  The ending of that movie with that Phoenix effect in the water had me so hype, I am getting goosebumps typing this thinking about it. So when I heard Singer left, I was like, "well, they can still make a good Phoenix movie".  I was so fucking wrong! The movie is a mess with more characters than you know what to do with.  Plus Halle got her Oscar before and she wanted lines and powers which would've been fine but it comes off as forced.Juggernaut is in the movie essentially to drop the " I'm the Juggernaut bitch!" line. Cyclops get killed, so does Professor X, we got The Cure, but somehow Angel is involved in that. And don't forget about the Morlocks and Wolverine with his Braveheart speech near the end. That movie is so hard to watch based on the potential it had going in.  I am so hoping they get a do over somehow with this new batch of XMen and we get a proper Phoenix story line.

Now, I and Brotha Beavis probably liked Daredevil more than other members of @brothascomics. I thought it struck a nice balance between comic and reality and even tho I was not crazy about Afflek as Daredevil, the movie was serviceable.  However, if that movie was not good enough to spawn a sequel, I am not sure how the people at Fox thought it was good enough for a spin off movie.  I have seen bits and pieces of Elektra over the past 10 years and its all bad.  The acting, the special effects, and most importantly the lead, Jennifer Garner, is just awful in this movie. There is no reason to have an Elektra movie at all.  I am all for powerful, female characters getting their own movie but how the hell does Elektra have a movie and Storm doesn't? It makes no sense and neither does this movie. 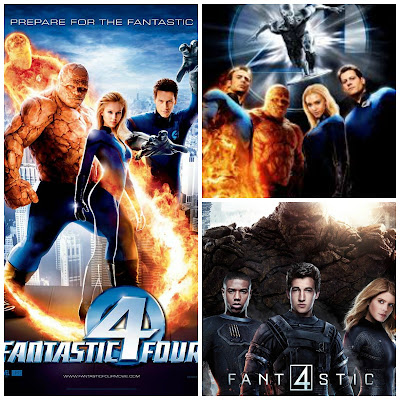 #foxgonnafox- Its been stated and written before that Fox has no idea what to do with this property.  The three movies committed to film are all sorts of awful. They are so equally bad,  its really hard to pick which one is actually the worst.  If you dropped me from a Fantastic- Car from 3000 feet plummeting to my death, I would say Rise of the Silver Surfer is the worst of the three.  The movie in parts is a straight up 90's sitcom. All it was missing was a laugh track.  Jessica Alba may be the prettiest, most terrible actress ever and she is not alone in this debacle of a series.  Plus, Sue Richards may be the most powerful person in the Fantastic Four and they regulated her to bubble making duty. The Thing suits is all sorts of awful and his hang dog, woe is me drives me crazy. The Mr. Fantastic shows no signs of the comic book genius and is literally the bumbling dad from a 90's sitcom. Then there is Doom with his Trenchcoat Mafia cloak and no real sense of gravity on how powerful the character is. The only redeeming thing is Johnny Storm/Human Torch.  They nail the character pretty well and his powers look great on screen.  If he coulda only left the rest of them bitches behind. The new series tried to make it too serious and waited over an hour for the "team" to actually get together.  By that time we had all checked out. Now we get CGI Thing but rarely see him get to be "The Thing".  We do finally get genius Reed Richards but the character and the actor both are dicks.  Sue is powerful but all emo and there is no hint that eventually she will marry Reed Richards.  Human Torch is cool again but I think its mostly easier to play that character ( black or white).  Just a bad series over all and we're all hoping that Fox sells it back to Marvel so they can finally do the characters justice in a good movie.


Of all the movies on this list, this one, along with XMen the Last Stand hurt the most.  @brothascomics was all in on this movie.  Big Hutch, myself, and Female Perspective went and saw this at midnight when it premiered. The comics that its "based" upon was hype so going in, my expectations were crazy high.  I would say about 20 minutes in I was looking for the exits.  Shit, where do you start? The opening with him and Sabertooth fighting all the major wars since the Civil War still gets me hype.  But after that, it goes off the rails so quickly. Its really just a vanity project for Hugh Jackman and the value of HGH.  I still have no idea why they cast WILL I AM as a character that teleports when they coulda just cast someone as Nightcrawler.  The Gambit portion was kidna cool, I guess... until he is crawling the wall like Spiderman.  Then that ending... ugh... "back to back" even tho I been trying to kill you for the last 90 minutes.  And lets not forget the adamantium bullets which cause amnesia.  Fuck that is a bad movie! 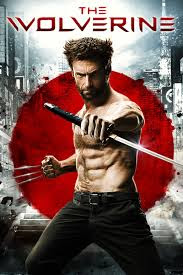 I actually had a hard time putting this movie on here because I enjoyed it.  But when you think about it and even if you watch again, people compare it to Origins and anything looks good compared to Origins.  Its like people saying they like Attack of the Clones because it came out AFTER Phantom Menace. The Wolverine is not a terrible movie.  Again it shows the benefits of HGH on older Australians and the acting and action of the movie are pretty good.  But overall, what do you remember most about that movie?  Not much really and Singer and his mutant team didn't think much of it either as they wiped it all out of existence with Days of Future Past.  Wolverine in Japan with Mariko is explored deeply in the comics and they touch on it here but it seems kinda passe while we are just waiting for Wolverine to SNIKT someone! And even that, they took his healing away for most of the movie and just made him a regular dude.... I don't know.  The Wolverine is like frozen yogurt. I like it, I'm just not in love with it.


So that's 7 Fox turkeys.  Now, they have two more in the pipeline that are non- Singer approved.  The first being Deadpool which comes out in February 2016.  Look, I think the trailer looks good and I think, if any, this is the role for Ryan Reynolds to play as long as he stays in the suit.  But, #foxgonnafox so be prepared for it to possibly suck.  It's going to be super violent and possibly super juvenile and its rated R which is going to prevent many fans of the character from actually seeing it in the movies.  I have my doubts that Fox can pull it off successfully( like why the hell is Colossus in this movie) and it could be another Ryan Reynolds comics, franchise killer to go along with Blade, Green Lantern, and RIPD.

The last of the Fox movies is the Gambit movie.  Now we @brothascomics have been consistent in saying that this movie is a bad idea as currently constructed.  Its already been hit with a slew of delays, script changes, director changes, and bad press.  This is never good news before a movie even begins principal photography( which it still has not).  This movie should not be made... at least not yet.  They are taking, possibly the 2nd most popular Xman, and putting him in a no win situation for a movie and could possibly hurt/kill the franchise in one swoop.  Please Fox, put Gambit in an XMen movie.  He is an Xman.  He shoulda been in a movie already.  The character is popular- so is Wolverine and look at the two turkeys that character has produced.

All these turkey movies have given me the ITIS. I'm ready for a glass of Merlot and to prop myself up on the couch to watch X2 and Days of Future Past and fall asleep and dream of a world where Brian Singer produces and directs all X properties.  A brotha can dream can't he?

Posted by Brothascomics at 2:49 PM