The Curious Case of Lupita Nyong'o! 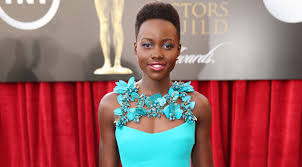 I am baffled by the fact that such a beautiful, talented actress with an Oscar under her belt, still seems to have problems finding work.   I have found myself asking, why have I not seen her in more movies?  She has almost disappeared from the Hollywood radar.   In looking at Lupita’s IMDB page, she only has 3 upcoming projects and all three are in post production, two of which she is only doing the voice work and will not appear as a human character in the story.   They are Star Wars: Episode VII – The Force Awakens (Voice), Queen of Katwe and The Jungle Book (Voice). HUH!  This goes to show the problem with diversity in Hollywood.  This lady has an Oscar already, and she won this with her first role in a big Hollywood movie.  Also, she gave such a moving Oscar acceptance speech about all the little girls that may be thinking that it was impossible, that it could be done.  So, henceforth, why is it that directors and producers are not knocking down her door with the opportunity to work with her. 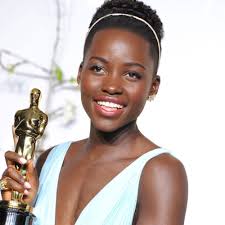 The only reason I can think of, for her not being given the opportunity that say a Jennifer Lawrence is being given, would be her color.  Lupita is a darker hue, and even in 2015, when everyone touts diversity, Hollywood truly is not there yet.  As I have discussed with The Producer about why she was not cast as the new Storm in the upcoming X-Men movie (in which she would have definitely given the character a more authentic look), or why she wasn’t given the opportunity to appear as an actual human character in the new Star Wars movie, is ridiculous.  Those are both opportunities in which this beautiful, talented actress would have had an opportunity to shine and was overlooked.  WTF!!  Perhaps, it is because she is of a darker hue, that Hollywood truly does not know what to do with her, but the thing is, they shouldn’t have to know what to do with her, her talent should speak for itself.

I read where Spike Lee made a comment about how Hollywood still is not diverse, and I think I would have to agree with him here.  He stated that white Hollywood execs “Better Get Smart’ because they’ll be a minority soon.  Spike Lee is absolutely correct, Hollywood still is not reflecting the diversity that represent the current make-up of our world.  What is with that?

Here is to hoping that there are future projects in development that will allow Lupita Nyong'o the opportunity to shine.  The fact that she is still being overlooked, even with an Oscar, is a travesty!   Also, for all the other brothers & sisters that are being overlooked because of Hollywood's very narrow view of representation, here's to improvement in true diversity.

Posted by Brothascomics at 11:48 AM