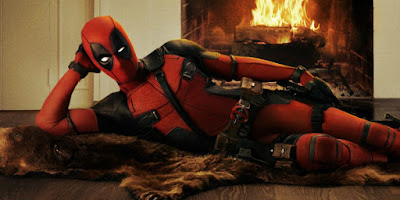 Because Hollywood lacks originality and follows trends and runs them into the ground, the success of Deadpool is already having ripple effects that Hollywood will regret a few years from now.  It’s always easy to jump to conclusions early and people often will look at an outlier and think it’s the trend when really it’s an anomaly.  Let’s look at some of the early trends coming out of Deadpools success.
#FoxgonnaFox 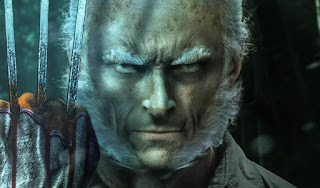 Fox cannot help themselves- they really can’t.  They have been hoping, searching, and praying for a non Xmen film to be successful. Fantastic Four was a big NOPE and even tho the Wolverine movies are profitable, neither one of them is good.  But with Deadpool, they figure the way to make a great Wolverine movie is to make it rated R. 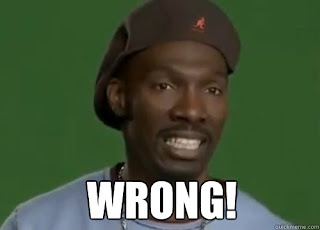 The Wolverine movies were not good because the stories sucked, not because they were PG-13.  There is plenty of violence in both of those movies, as well.  Having Wolverine decapitate someone or say, "Fuck" or have some titties in the movie is not going to make the movie any better. This is such a Fox Studio move and so predictable as well.  On top of that, news is Fox is gonna make the last Wolverine movie the story of Old Man Logan.  This future story line from the comic stars a bunch of heroes that Fox does not own the rights to so they would need to craft an entire new story for the character.  Do any of you trust Fox with that?  Deadpool worked because it was Deadpool.  The writers stuck true to the character and the tone of the books.  That worked for THAT movie and THAT character.  It won’t work for all characters and Fox is going to learn a costly financial lesson by forcing that R rating on Wolverine. 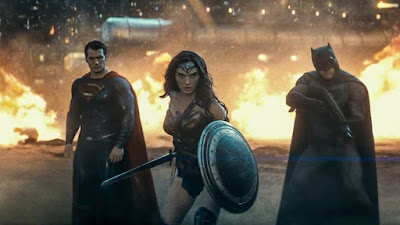 This was predictable too.  With Deadpool making so much money essentially being violent and a bunch of bad language, well DC want in on that too.  So news leaks this week that Superman V Batman will have an R rated home release version.  Werd?  Who was asking for this?  Um, it’s been established in the DC Cinematic that Batman does not kill.  Plus, we know all the shit DC caught from having Superman kill Zod in Man of Steel.  So what extra violence are we gonna see in this movie? Or maybe DC thinks we want to hear Batman and Superman say, "Fuck"!  Or maybe we are gonna see the Trinity get it on Biblical style. C'mon DC. Do not be victim to trends!  DC has staked their path of doing movies their way, but at what cost? Nobody is asking for or clamoring for an R rated version of Batman V Superman.  The timing of this reeks of desperation!  I feel DC knows it may have a stinker on its hands with BvS and they are doing what they can to hedge their bets to lower expectations.  Stating their is an R rated version to be released later creates an impression of a better, longer Directors Cut in case the PG version craps the bed.  If DC was gonna do an R rated comic book movie, it seems Suicide Squad would be more of a perfect fit with all the bad guys and the twisted, demented Joker.  But don't fool with Batman and Superman, DC.  Kids want to see the Trinity! Don't put end more senseless and pointless violence to justify the R rating.

If you have listened to our podcast, you know @brothascomics has no real love loss for Ryan Reynolds.  It’s not like he is a bad actor or not a great looking dude. But his ability to pick or appear in quality movie projects is incredible.  This is a guy who Hollywood has been trying to make an A list actor for close to 20 years and it still has not worked.  Each time he has been giving the ball to be the "star", he has dropped it.  And he has failed across many genre of film: Comedy, action, drama, comic book movies... It's unprecedented that he has been given so many chances to fail over the years. Now, Deadpool is a hit and he is a sought after actor again.  Please make it stop!  Stop trying to make Fetch a thing!  Deadpool worked for Ryan Reynolds because he and the character are so similar.  Nobody wants to see Ryan Reynolds outside of that suit.  NOBODY! Similar to Robert Downey Jr and Hugh Jackman, they are married ( for better or worse) to their comic book alter ego and when they attempt to step out of that, the results tend to be box office poison.  Well Ryan Reynolds was already box office poison but now Deadpool made him hot again and Hollywood is jizzing all over themselves to give him lead roles in movies again.  People never learn and Hollywood is even slower to learn.

Deadpool, to me, is a good, not great movie. But we are going to be seeing the fallout of this movie for the next few years.  I hope I am wrong about all of this, but sadly, I know I'm right!

Posted by Brothascomics at 11:28 PM