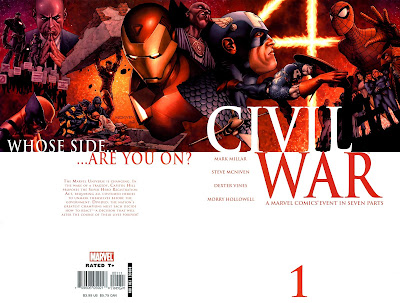 As we did with Legion Quest to get you ready for Xmen: Apocalypse, @brothascomics is going to walk you down issue by issue to Captain America: Civil War, looking at the comics that inspired the movie( well, at least the title).

The book opens in the control room of a tv studio and flashes to a neighborhood in Stamford, Connecticut.  The New Warriors are the stars of a hero reality show and the shows is capturing their every move- including any potential battles with super villains.  The Warriors have rolled up on a list of villains on the FBI's most wanted and Speedball, the leader of the team, wants to take them on- against the protest of some of his teammates.  But the New Warriors need positive press for their reality show and against better judgement attack the villains. 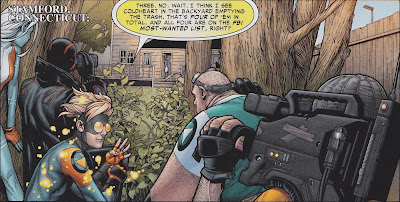 It all seems to be going well but the main bad guy of the group, Nitro has escaped and the New Warriors are in hot pursuit.  Nitro, a being who can make himslef explode, is caught by Namorita in front of a local elementary school.  Nitro is not about to be taken down by the cousin of Sub Mariner and explodes himself in front of the school and on live television for everyone to see.  He kills Namorita and between 800-900 other people including most of the children at the school. 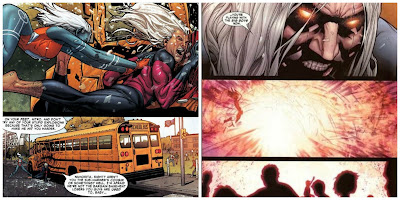 The book then shifts to the aftermath and the clean-up as heroes have come to the scene.  Xmen, Avengers, Fantastic Four, and others are all there and each of them has an opinion on what happened, why it happened and what the future holds.  The seeds of discontent are planted early between Iron Man and Captain America with each believing change is coming on how society views and deals with its heroes. 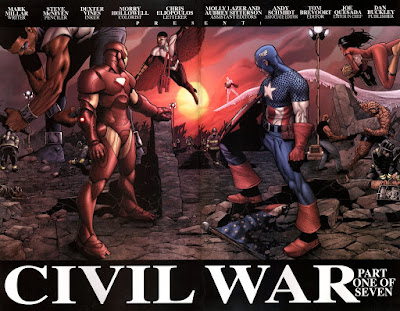 The public's reaction is swift and extreme.  People and the government want the heroes to be accountable for the damage they cause and the lives that are loss protecting them from evil doers.  A funeral affects Tony Stark/Iron Man the most and the movement for super heroes to be registered begins. 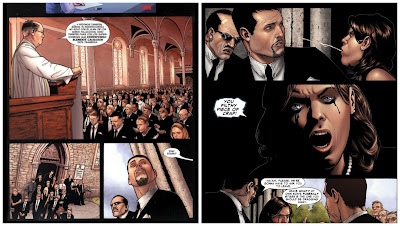 This leads to a huge, super hero pow-wow at the Baxter Building-home to the Fantastic Four.  In that meeting, there are large discussions on how to move forward with no real consensus. Some heroes believe in registration, while others are adamantly against it. 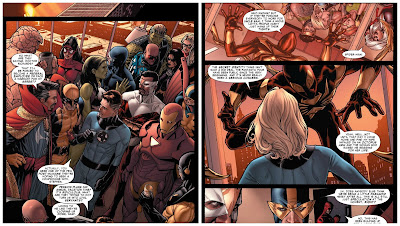 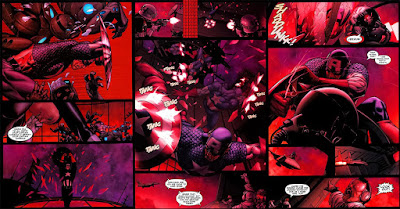 When news gets back to Iron Man that Cap has gone rogue, he decides its his responsibility to bring Cap in!

That's the end of issue 1. Looking back, this series is almost 10 years old and it still holds up well. Even tho they undo much of it over time, when it came out originally, the story was fresh and different and all the side books with the battles between heroes was fun to watch and read.  Captain America taking the side of individual freedom has played out in the Marvel Cinematic Universe and I am curious to how they weave this story around Winter Soldier to pit Iron Man VS Captain America.
Join us back in two weeks as we review issue 2 and get you all ready for the movie Captain America: Civil War!

Posted by Brothascomics at 9:13 PM