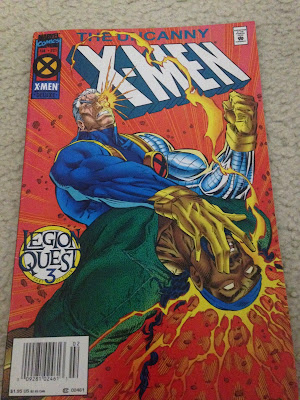 We continue on our road toward the Age of Apocalypse with Legion Quest part 3.  To this point, Legion, AKA David Haller, the love child of Charles Xavier and Gabriel Haller, has gone back in time to kill Magneto.  Legion believes that Magneto is the reason that his fathers dream of peaceful co-existence between mutants and humans has not happened because of Magneto and his insistence on the dominance of Homo-Superior.

In a battle with the Xmen, Legion transports himself back in time, along with four Xmen( Storm, Bishop, Iceman, and Psylocke).  The trip back in time has left all involved with memory loss as to who they are and why they are in Israel.  Legion is a mental hospital being helped by Magneto who is working as an intern at the hospital, along with his good friend, Charles Xavier.


Issue 3 picks up with Charles and Magnus( Erik) having a drink at a local bar.  They are having discussions on the idea of people with special powers and IF they exist, how they would be perceived by normal humans.  The roots of conflict are already planted and their positions are steadfast since this time.  Charles believes that we could all just get along, while Magnus believes that humans will never accept those different than themselves and they would fight against all those who are different.  I love the interaction between the two and the long established friendship they had.  The writers are careful to show how much these two old friends care(d) for one another. 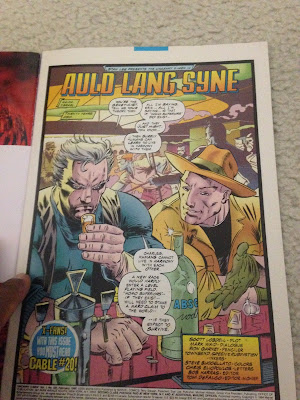 As they night goes on, a conflict in the bar breaks out and Charles, being the bleeding heart that he is, looks to assist a disabled man from being picked on by drunkards in the bar.  Charles, showing some machismo we don't often see from him, takes on the biggest dude in the bar and puts him down without even using his powers. 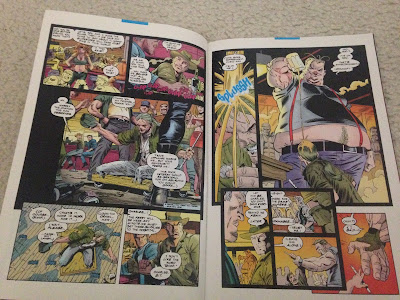 Magnus, not wanting to see his boy get pummeled by the bar patrons, jump in and Magnus and Charles take on a bar full of drunks fighting back to back to beat them all off( without their powers).  This builds upon their friendship further- showing how close these two dudes were before it all went to shit later in life. 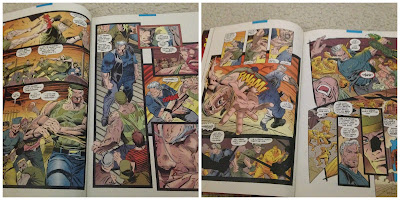 The story switches to present day Israel as the remaining Xmen and Cable attempt to go back in time to inform the Xmen in the past that they need to stop Legion from executing Magneto.  In the previous issues, the Shiar and the Watchers had visited the XMen and informed that there is a fabric in reality being torn by issues in the past and they need to fix it.  The Xmen's plan is to use Cable, and his latent time travel abilities, to go back in time and inform the Xmen of what is happening in the present and inform them to stop Legion.  The Shiar have provided the technology and using the PSI and telepathic abilities of Jean Grey and Charles Xavier, Cable is transported back in time to find the Xmen. 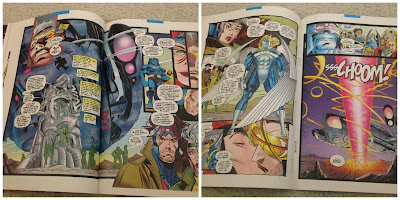 Back in time in Israel, the Xmen are working their lives as ordinary people.  They know their names and they know they have powers, but they do not know why they are in Israel- even though there is a sense of lingering purpose as to why they are there.  In the meantime, Charles and Magnus, fresh off their Roadhouse bar fight are headed on a ferry back to the hospital.  Charles confesses his affection for Gabrielle Haller and Magnus tells him to follow his feelings and go for it.  However, someone else is going to "go for it" with Gabrielle.  In a weird scene, even for comics, Legion goes back to meet his mom, but poses as his father, Charles.  They meet and, even though its not shown, he appears to bed down his mom.  That is kinda fucked up! 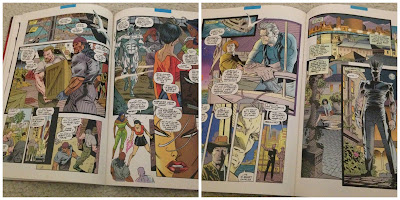 Charles "senses" something is wrong with Gabrielle and he and Magnus begin rushing back to the hospital. The Xmen, working on the docks in Israel, are finally visited by Cable.  Cable is drawn to Bishop, another man lost in time, and Cable informs them that they need to stop Legion.  He urges them to "remember" and as the Xmen fight against Cable, the chronal energy lifts the fog of memory from the Xmen and they remember why they are back in time. 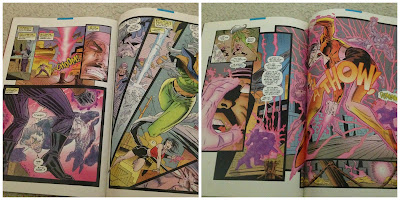 When Charles and Magnus arrive, they find Gabrielle a little beaten up and bruised.  As they attend to her, Legion is there, and it appears his mind has also been restored to his mission back in time and his aim is clear- To Kill Magneto! 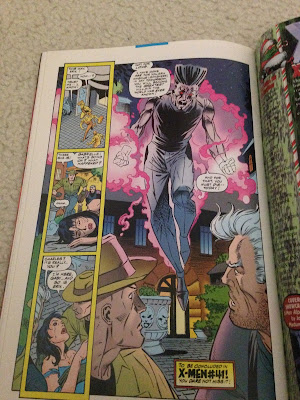 This concludes Legion Quest 3.  Join us for the conclusion next week- which ushers us into the Age of Apocalypse.

Posted by Brothascomics at 1:45 PM