With the announcement of a new, Brian Singer led Xmen movie in 2018, we have to wonder what classic Xmen story will they adapt to the big screen.  Fox has seen the power of using titles and stories from the comics with the last two movies: Days of Future Past and Age of Apocalypse so it stands to reason the next movie will follow suit.

X-Men has a long and storied history of classic( and not so classic ) storylines.  Some seem more adaptable to the movies than others and some just wont work because the title is weird( Sorry Executioners Song, X-Tinction Agenda, and Phalanx Covenant). We are going to assume that they do not revisit the Phoenix Saga that they screwed up with XMen: The Last Stand.  My personal preference would be to see the Phoenix Saga played out over a two movies and done properly by Singer. I just don't think they will go there. I could be wrong and hope that I am.  We list our top candidates here.  Feel free to leave a comment in the section on what you think the next movie will be.

In no particular order....

" No More Mutants"....  This XMen story affects the entire Marvel Universe but since Fox and MCU do not play well together, it would have to focus totally on mutants.  In House of M, Scarlet Witch basically loses her mind and her mutant abilities are twisted by her good for nothing brother, Quicksilver and with those 3 words, most of the Mutant population has their powers wiped out.  The story drags on a bit and naturally many Xmen get their powers back but since they have introduced Quicksilver and Magneto already and even a young, Wanda in Days of Future Past, maybe this story gets the adaptation. 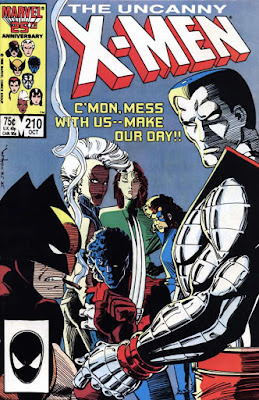 In an attempt to save the Morlocks, the Xmen and  are attacked by the Marauders, who at the time are led by the unseen, Mr. Sinister.  The Marauders devastate the Xmen leaving them battered and bruised. Colossus is paralyzed,  Shadowcat is in permanent phase mode, Nightcrawler is in a coma.... Its a messed up time for the Xmen.  Angel gets crucified which  eventually leads him getting turned into Archangel by Apocalypse.  Plus Sabertooth and Wolverine have quite many fight each other in some of the more violent comic panels in the 80's.  This is probably my leader in the clubhouse for the next movie. Nightcrawler gets reintroduced back into the X-movies with AoA and the Morlocks and Morlock tunnels are also rumored to be a part of AoA.  Colossus appears in the Deadpool movie, Mr. Sinister is rumored to be a part of the Gambit movie( if it ever gets made).  This might actually be a good way to introduce Gambit if the Channing Tatum movie does not get made in the interim.  And I am sure Sabertooth will eventually get put back into X-Films sooner than later.  Mutant Massacre was a good read at the time and its a great title for a movie. 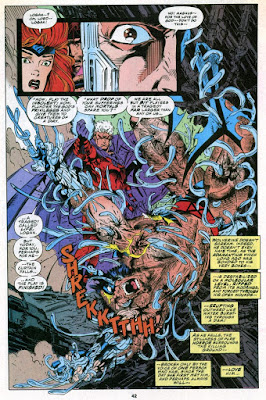 This storyline is most remembered for Magneto ripping the adamantium off the bones of Wolverine but people forget leading up to that, Magneto had blum lost his mind.  Magneto, along with the Acolytes, are offering sanctuary to Mutants on Avalon, but the government does not trust Magneto( duh!) and initiates the Magneto Protocols which basically prevent Magneto for being able to use his powers on Earth. Magneto gets pissed, sets off an EMP on Earth and basically put the planet in a state of darkness with no technology's.  Xavier decides to lead the Xmen to Avalon to attack Magneto and the Acolytes and major battle ensues in which Magneto cleanses Wolverine of his adamantium which forces Xavier to wind mind Magneto and leaves him a vegetable.  Its a great run and story.  Most people remember the visual of Wolverine and Magneto from the cover, but there was so much going on in that run- Illyana Rasputin, AKA Majik dies from the Legacy Virus, Magneto crashing her funeral, and Colossus turning his back on the Xmen to join Magneto.

The Power of Proteus 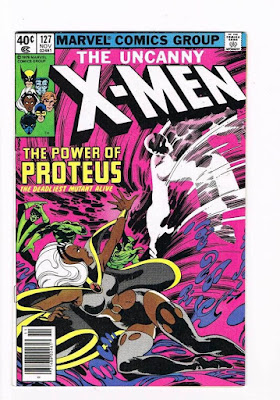 This run is one of my favorite from the comics.  Dr. Moira McTaggert has a son, Mutant X, who has mind and reality warping powers.  She had kept him under lock and key since his powers manifested and in a battle with Magneto, his prison gets unlocked and he begins to possess the people near and around him in an attempt to get to his father.  The book is kinda scary-especially for 10 year old me.  The movies have already introduced Dr. McTaggert and the Proteus could easily be her love child with Professor Xavier- which would be strange because Legion Quest, which leads to AoA is about Xavier's love child, David, looking to get back at his father.  Some of the major players in Proteus are in AoA( Cyclops, Storm, and Nighcrawler). Colossus and Wolverine play big roles but none bigger than Phoenix.  I would like to see this story adapted but it does not have a sexy name, like Mutant Massacre or House of M so its probably not going to make the cut.

This controversial run may not seem ripe for adaptation but it has the title that people would recognize and whether you loved it or hated it( I kinda hated it), it seems a logical choice coming out of AoA.  In this story, which is actually connected to Fatal Attractions, Xavier loses control of his psionic powers and creates a psionic presence known as Onslaught who carries out all the evil things that Xavier would never do.  When he finally does lose his mind, Onslaught wreaks havoc over the entire Marvel Universe and in the books, this lead to another comic event; Heroes Reborn in which all the classic Marvel heroes get a fresh reboot basically with all the dudes that left Marvel for Image
(Jim Lee and Rob Liefeld being the most prominent).  The idea of Xavier repressing his rage for all these years and it coming out to punish those closest to him sounds like a great film.  Hopefully they reestablish the character Cyclops and having a mentor/mentee battle or even a psi battle between Phoenix and Xavier would be something most X-fans would salivate over.

That's our top 5, let us know what story you think will get adapted in the comments section.
Posted by Brothascomics at 3:41 PM