Is it worth a Redbox: Amy 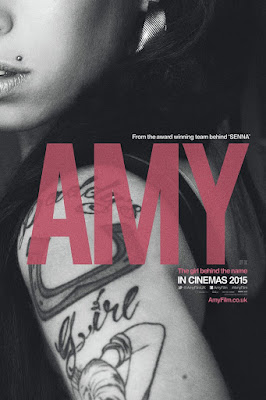 With the extra time off at Christmas, @brothascomics has a few movies that we have wanted to see.  This is the first of 3 movies the Producer has seen over the last few days.  Remember, Is it worth a Redbox looks at movies that were not blockbusters to see if they are worthy of your $1.50.

The first entry this week is Amy, the documentary about Amy Winehouse.  In a word, this movie is well worth a Redbox.  It documents her rise from local singer in England to global phenomenon.  With video footage from when she was 16 and looking for work as a singer, to her tragic death, you are able to watch her rise and her ultimately fall and die from alcohol poisoning at the age of 27.

The documentary is a window at modern celebrity.  Take one talented singer, from a broken home, mix in fast fame, and a group of hanger-ons who know this person is their meal ticket and will do anything to prevent the gravy train from stopping.

I only know Any Winehouse from "Rehab" but from the documentary you could see and hear the talent.  You can also see and hear the pain as her lyrics were an open book to her struggles as a young kid and her major struggles as a young adult.  Her music was her life and its all there.  I am more interested in going back and buying her music now after seeing this documentary.

Overall, the movie is a bit long and drags on its way to the end.  But on a whole, its well worth the rental and will leave you saddened that her voice was silenced so soon.

Posted by Brothascomics at 2:55 PM