Is it worth a Redbox: Ricky and the Flash 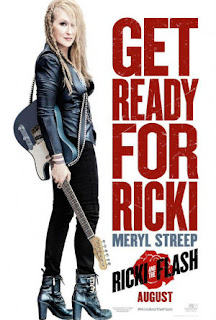 My first admission before the review is that in the 1980's, I was a huge Rick Springfield fan.  HUGE! Bigger than any straight, black dude from the hood should've been.  I am not sure why?!  The music was alright, but I am not sure that is what made me such a fan.  Like I wanted to be dude.  If I had been white, I would've walked, talked, and dressed like dude.  I woulda had my hair done like him..... I mean, I was a huge fan.  So when I saw the trailer for this movie a while ago, I was like, " Hey, that's Rick Springfield"! And I made a mental note in my head that I would see this movie just because he was in it.  I mean, I saw Hard to Hold- the movie he starred in the 80's so....


But is Ricki and the Flash worth a Redbox.... sadly, NO. And I mean that sadly part because the movie is depressing as shit.  The trailers played it up as a dramedy but the comedy part is lacking really and I'm not sure if they were trying to make funny moments.  Its a full on drama!  The story goes that Ricki( Meryl Streep) is an aging, wanna be rock star.  In her younger years, she abandoned her family( husband and 3 kids) to pursue her dream of music and left her Indiana home to move to California.  Like most, it did not work out and her kids hate her for leaving and her husband, played by Kevin Kline, has moved onto marry again( the incredible Audra Mcdonald) 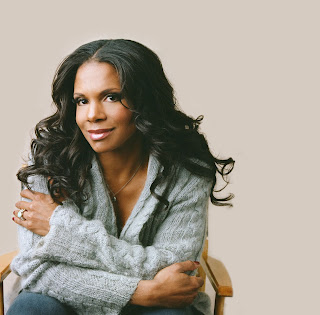 But an event with the daughter, played by Streep's real life daughter, Mamie Gummer,  forces Ricki to come home and deal with the mess her child's life is.  Its overwrought with drama as she seeks to reconnect with her children and the husband she left behind.  Streep seems to channeling Chrisie Hynde from the Pretenders as her inspiration.  Rick Springfield plays her lead guitarist/boyfriend who offers her support through all the drama.  There is some cover music played and if you are a fan of Streep, seeing her "rock out" may give you some thrill.  But overall, the movie is bland, the acting is bland, and I am blander from having to watch it and review it for you.

So, no this movie is not worth your $1.50. Its easy to see why this bombed at the box office.  Too much drama for your mama and as much as I like Rick Springfield, even my fan boy caping for him could not make this watchable for me.

Posted by Brothascomics at 8:35 PM