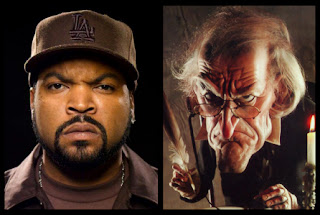 Femlae Perspective gave the recap on the remake of a Christmas Carol, called Humbug, starring Ice Cube as an urban retelling of this Christmas classic.
Bah Humbug

In the course of this article, it discusses the success of Straight out of Compton and all the projects Ice Cube has coming out over the next couple of years.  He has the sequel to Ride Along, with Kevin Hart, and he is working on a remake or update of Barbershop, with Barbershop 3.

As I have stated on our podcast, the fact that Ice Cube, a rapper, who outside of NWA produced 3 classic albums as one of the most gifted MC's in the 90's is now better known for his "acting" is a little bit disappointing for me. Anyone under the age of 30 has no idea how gifted a rapper he is/was.  Secondly, as an actor/director, its not like he is using his credentials to produce quality work.  Many of the films he has starred in may have made money, but can you actually say you enjoyed any of his movies?  Lets dive into his IMDB and we gonna take out Straight out of Compton, Boyz in the Hood, and Friday( although I would argue that Friday is a terrible movie. TERRIBLE).

The mid 90's/early 2000's
Cube works again with John Singleton and stars in Higher Learning, which I often enjoyed more than Boyz in the Hood.  I thought he was going to settle into that role of smart, angry black dude in movies but he goes another way. Cube is still rapping at this point, but most of the movies he  made were racial tension movies,  buddy black comedies and "the only black guy in the movie" movies

Post Boyz in the Hood racial tension role that he will play numerous times in the 90's.  I do not know anyone who actually saw this movie tho.

Another racial tension movie role.  This one is actually good tho. He was just playing Doughboy in college. Anybody wanna talk about how bad Trya Banks is in this movie? Such as casting couch choice!

Cube made a movie with Elizabeth Hurley? And he was from South Africa? Racial tension- CHECK!

Only black guy in the movie.... He does live tho.  What an awful movie, tho.

People argue about the merits of this movie. Is is exploitative? Is it a "message" movie? I'm still not sure to be honest with you! I know its not a good movie!

Cube takes this role in a critically successful movie. Racial tension- CHECK! But this movie ends the 90's for Cube and he begins the 2000's as the black buddy comedy guy! 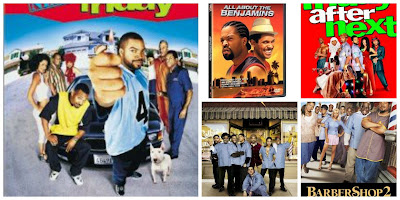 The early 2000's are Cube making two sequels to Friday and 2 Barbershop movies, and all about the Benjamin's.  Are any of these movies any good?  I could maybe roll with the first Barbershop but the rest of them are all average, 2 chuckle movies.  They could be funnier but they are not. I always felt Cube went the safe route in all these movies. He did not stretch himself as an actor or attempt to make quality work of even work on his craft as an actor/director/producer.  Many of these movies were successful but the later 2000's, Cube takes another shift from black, buddy comedy to black buddy/family man movies.  He would mix in a few different movies here and there.... People forget that he inherited the XXX franchise when Vin Diesel gave it the gas face. 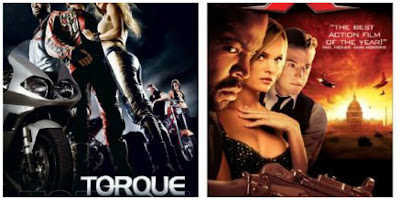 I think the failures of these two movies forced the change to the black buddy/family comedy shift.  It was even more shocking to his long time fans.  How did the guy who did No Vaseline, turn himself into street Bill Cosby? Was this the natural career progression of a former rapper getting close to 40? Or is this pandering towards an underserved audience( black, family movies).  Not sure but, once again, none of these movies are actually good yet he keeps churning them out and cashing checks! 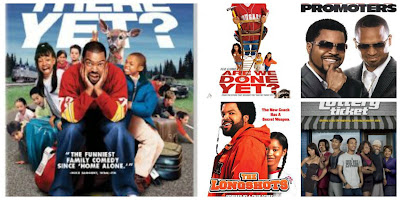 Once again, there are some success here and then some terrible movies( some I never even heard of).  But Cube, like Tyler Perry, makes movies for low budgets and the movies don't need to be blockbusters to make their money back and a profit for the studio and for Cube.  This is how he keeps dealing out these movies.

As he moved into the 2010's, he shifts again from family man to guest supporting actor/ straight man for hot new comedian.  He scores big with Ride Along( which is an awful movie) and as the captain in the two 21 Jumpstreet movies( which are also awful but not because of Cube).  All the while he is cashing checks from Coors and making sequels to Ride Along and another 21 Jumpstreet and Barbershop 3 Its an interesting career, even if its not high quality work.  Cube is proof that quantity wins over quality in Hollywood! 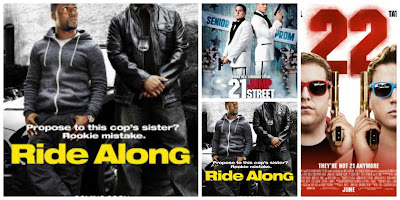 Posted by Brothascomics at 10:31 PM