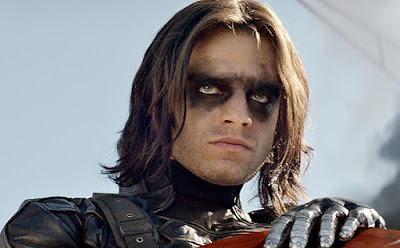 Sebastian Stan, the actor who plays the Winter Soldier in the Marvel Cinematic Universe, took aim at Zack Snyder in an interview this past week.  To recap, Snyder, first took shots at the Marvel Cinematic Universe by, and I am paraphrasing here, that Batman and Superman are iconic characters and they are not the flavor of the week hero, like Ant-Man( he even took a shot at Blankman). Obviously, this got Marvel fanboys in an uproar and DC fanboys caping for Snyder for taking up for their brand.

Our Brothascomics take at the time( and still is) was that Snyder was trying to take on the champ and defeat him with jabs instead of going for the knockout.  If you gonna go at Marvel, GO AT THEM, don't lob little shots. If you not gonna go HAM at Marvel, then let Batman V Superman speak for itself and then go at Marvel after you made a successful DC movie.  Now Snyder has opened himself up for massive criticism from fans if Batman V Superman is not any good( we have been on the record as saying we think it will suck)!

Winter Soldier, in the interview, basically says what we been thinking all along.  Zack Snyder is essentially attempting to remake Christopher Nolan movies with Superman by making him dark and brooding with this tortured back story.  That is why Batman V Superman is a Batman movie, not a Man of Steel sequel( which is terrible).  DC has no faith in Superman, their so called Iconic hero. So little faith, they had to support him with their two other iconic heroes( Batman and Wonder Woman) to make this movie work.  Marvel has it movie faults for sure, but they made a movie about Ant Man, a character with tons of comic book history, but not one most non fans are familiar with.  Not only did they make the movie, it was good and successful.  DC has yet to prove they can make a good comic book movie in this new era of comic book movies, outside of the Nolan Batman movies( and we would argue with you that only 1/3 is actually good).

So standing, slow clap for Sebastian Stan.  You could definitely be a member of brothascomics after them shots!

The Producer
Posted by Brothascomics at 11:06 AM