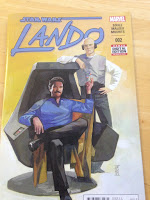 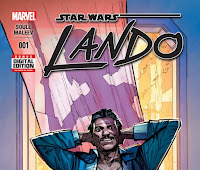 To recap the first two issues.  Lando is in deep with a loan shark and has agreed to do one more job, with his faithful man servant, Lobot.  Lando and his crew of Lobot, 2 ninja assasins, and one curator, steal a ship called the Imperialis.  Little did they know, the ship belonged to Emperor Palpatine and he was quite interested in getting his ship back.  The Emperor sends 3 Star Destroyers after Lando and his crew.  He also contacts a bounty hunter by the name of   Thanks to some crafty piloting, Lando and crew are able to escape Imperial Star Destroyers before setting out to discover what is on this ship that is so valuable that the Empire wants it back. In their exploration of the ship, Lobot happens upon a locked door that he opens and out pops two of the Emperors Imperial Guards and they impale Lobot with their weapons and this is where we start issue 3. 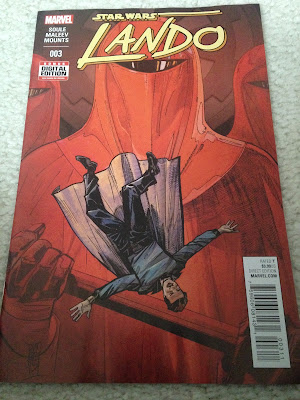 This issue my least favorite of the three in the sense it did very little to advance the story.  Once Lobot is damaged, Lando does all he can to help save his friend, while the two assassins fight against the Emperors Imperial Guard.  There are several splash pages of action between the characters, which is fine but its just action.  I think the point is to establish how bad ass each group is.  In the movies, you never see the Emperors Imperial Guards do anything but watch over and walk with the Emperor.  In this book, they are presented as the "elite of the elite" and they go toe to toe with the Assassin twins-- Aleksin and Pavol who bear quite a resemblance to the Black Panther. 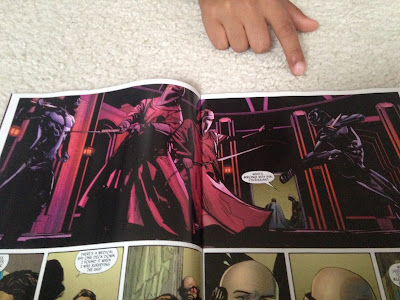 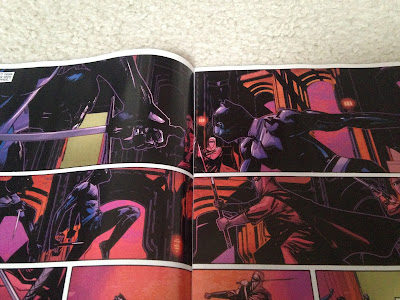 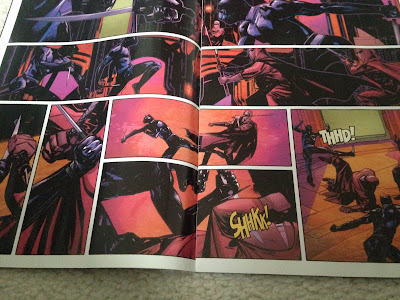 Meanwhile, Lando is looking to get Lobot to the medical facility.  If Lobot does not get help soon, the implants that make him "Lobot" will take over and he will become more robot than Lobot.  Lando cares for his friend and forgets all things to get his friend to the medical bay on the ship. 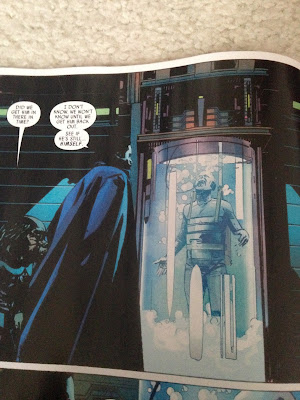 In another part of the universe, the bounty hunter hired by Emperor Palpatine, Chanath Cha, has been instructed by the Emperor to use a special ship to track down the Imperialis. 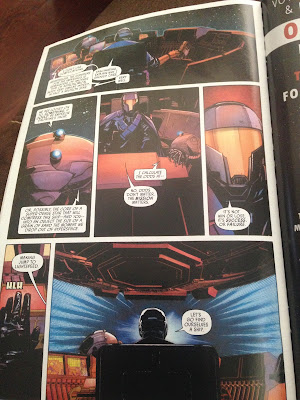 Meanwhile, the fight continues between the assassins and the Imperial Guards.  While this is going on, Lando and his curator realize they have stolen this ship from Emperor and while that should scare them, Lando sees it as an opportunity to take whatever is on this ship for themselves. 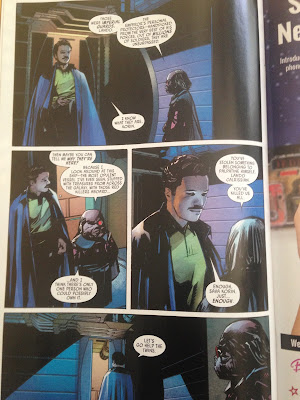 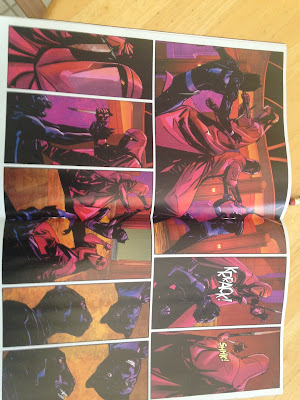 Lando and his curator find the weapons fault and head to help the twins in battle and discover they didn't need any help.  The look Lando gives the twins is like..." that's my ninja's right there"! 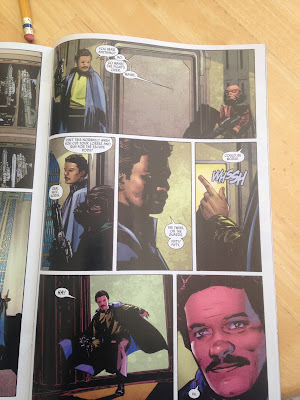 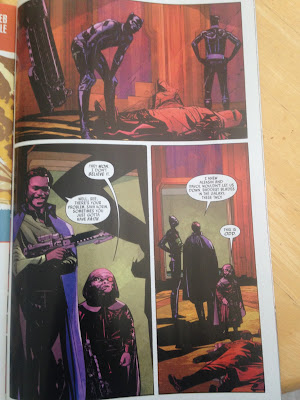 With the guards defeated, Lando's team sets out to see what they were guarding and open the sealed vault to discover a room that the curator states is Sith.  Lando, not knowing what that means, is schooled about Sith and Jedi from Sako, who studied the Jedi at university before the purge of all records concerning the Jedi by the Empire. In the room, they find this mask, that in the last panel lights up to end issue 3. 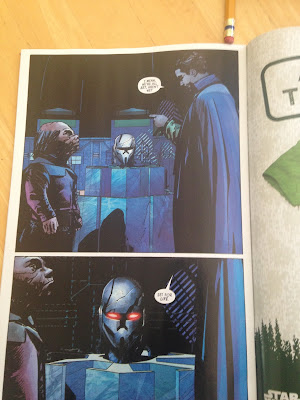 Like I said, not my favorite issue.  I detest splash pages as a cheap attempt to give you the same amount of pages but with no dialogue, it seems super cheap and lazy by the creators.  Story moved along a bit.  Will be looking forward to issue four when hopefully they meet the Bounty Hunter!

Posted by Brothascomics at 10:59 PM