The X-Men Movie Franchise at 18 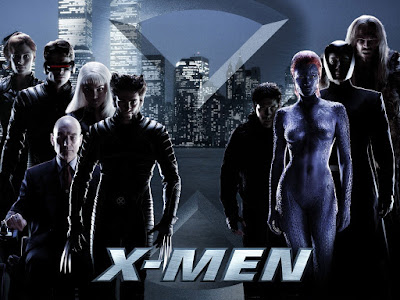 Its hard to believe that Fox actually got the jump on the super hero team genre over Disney/Marvel but 18 years ago this week, Fox released X-men into theaters a full 8 years before Marvel/Disney released Iron-Man to officially kick off the MCU and get us to an Avengers movie.

18 years ago, the internet was a thing, but not the thing that is is now.  Facts and leaks about the movie were nowhere to be found and I, like many other X-fans, went into the movie not knowing what to expect.  There was so concern about the Matrix-esque costumes and the casting of unknown, Australian actor Hugh Jackman as Wolverine, but for the most part, fans lined up ready to finally see our favorite mutants on the big screen.

I know now its kinda trendy to dismiss the original X-Men movie.  The special EFX are not that special, the fight scenes are kinda bullocks, the Storm line to toad about being struck by lighting, and of course Halle Berry's attempt at an African accent for only half the movie.

All that said, the movie was good for its time and laid the groundwork for a promising franchise.  When X-2 came out 3 years later, Director Bryan Singer had more money and a better grasp of what made the X-Men special.  The fight scenes are better, the African accent is gone, and the movie has one of the greatest openings of any comic book movie with the introduction of Nightcrawler.  William Stryker plays a great villain and the ending with the Phoenix effect had all fan boys and fan girls ready for the Phoenix Saga.

And then it happened, Singer leaves the franchise to make Superman Returns and Brett Rattner is brought onto to direct X-Men 3 and the rest is history.  The movie is a disaster with critics and most importantly fans who had been so hyped to finally see a Phoenix story but to have it bogged down with The Cure storyline, The Morlocks, and quick disappearing acts by fan favorites Cyclops and Professor Xavier.  The franchise craters at this point; although no one knew it at the time.

Its 2006- 2 years before Marvel gets into the super hero game and Fox is at a crossroads.  Do they move ahead with another X-movie or spin off their most popular character- Wolverine into a movie.  They choose the latter, but make a fatal flaw in choosing a director not familiar with characters and decide to tell the Wolverine: Origins story, but don't really stick to the story.  Logan( James) and Sabertooth are brothers, Will. I AM, The Deadpool.... just a series of  missteps that makes the movie at times, unwatchable. Origins craters the franchise and it would be five years before another X-movie gets made. 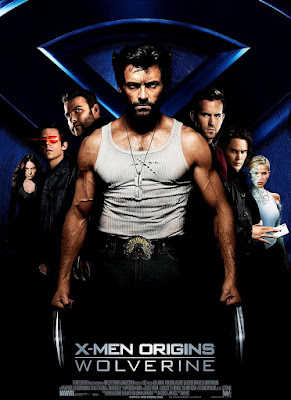 In 2011, 3 years after Iron-Man and the Incredible Hulk and the same year as Iron Man 2 and Thor, X-Men First class premiers in June, 2011.  The franchise opted for a soft-reboot- foregoing the previous, Wolverine focused X-movies, and focusing on the founder of the X-Men, Charles Xavier and his best friend/enemy, Magneto,  A new class of mutants and a fresh start leads to a renewed interest in the X-Men and Fox has a new lease on life as the super hero genre of movies is red hot.

The X-movies are able to bring back director Bryan Singer for the follow up to First Class: Days of Future Past.  There was much trepidation by X-Men comic fans because the last adaption of a classic X-story flopped tremendously in X3.  But somehow, Singer and company were able to bring Wolverine back and bridge the original movies with the First Class universe and it worked.  The Wolverine sequel in 2013; although not great, is not as awful as Origins and mutants are back to being popular again. Its 2014 and Fox is actively competing with Disney/Marvel in the super hero movie business!

But like X3 before it, the third movie in this trilogy of movies, is historically bad.  X-Men: Apocalypse is pretty horrific.  Bad villain, poor acting, Magneto a Horseman of Apocalypse, Angel dies in a plane crash( he can fly, ya'll), lightskinded Storm, way too much Mystique, and a rush into a Phoenix story that was not earned.  The movie is a critical failure and a fanboy and fangirl failure. 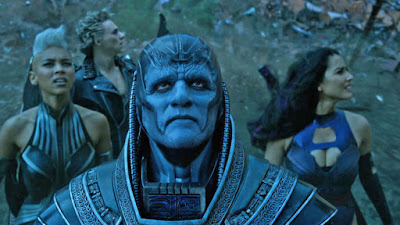 Fox pivots slightly before rushing into the next X-Men movie and score mega hits with Deadpool and Logan as they look to expand their mutant roster outside of Wolverine and the X-Men. Maybe this was the plan all along or maybe this plan was forced with the retirement of Hugh Jackman as Wolverine.

But what does the future hold for out mighty Mutants? Fox has branched out into tv with two successful shows with Legion and The Gifted.  A New Mutants movie has been filmed but word on the streets is that it may not be very good.  There has been talks of an X-Force movie, but if you saw Deadpool 2, that may not happen at all. The Gambit movie is long delayed(thank God).  And of course, there is the rumored 2-part Phoenix/Dark Phoenix saga.  The movie has been dogged by re-shoots and has been delayed until 2019.  Word on the street is that it may be a mess of a movie and with the Disney/Fox merger weeks from becoming official, this may be the last we see of this group of X-Men. 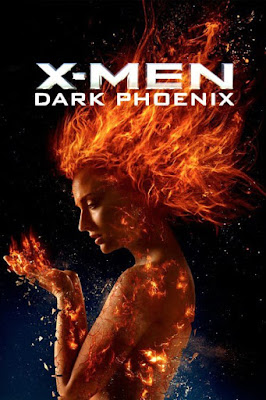 So 18 years has been a wild ride.  Many highs and quite a few lows, but overall, there are some solid X-Movies made by Fox.  They definitely could have been better, but for the most part, they have attempted to give fan service to long time X-Men comic books fans. That being said, I trust Marvel/Disney more than Fox at this point and cant wait until their version of the X-Men.

Posted by Brothascomics at 9:20 PM