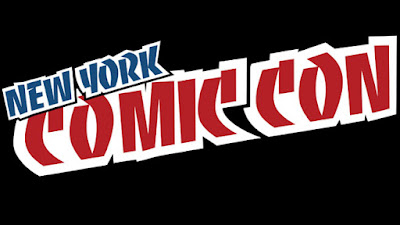 If you can make it in New York, you can make it anywhere....  at least that is what Sinatra said!  I had never considered going to New York before even though I grew up on hip-hop as an East Coast rap head.  From Run-DMC to the Beastie Boys, to Nas and Mobb Deep... I know all about the landmarks through music but never once considered a trip to the city,  Maybe it was fear and the stereotypes perpetrated in the music, but I was fine keeping myself away from the boroughs.

And what an event I was walking into.  In previous reviews I spoke about the badge process and how that can be a major factor in determining how a con is run.  Now, this is a huge convention.  I definitely would be weary of making this your first convention.  Not only do you have the crowds for the con, but the normal crowds for being in NYC. Badges were mailed out to media members and you register the badge on-line and the con has a scan in process and access into the con was very easy.  One of the smoothest I have ever been to. 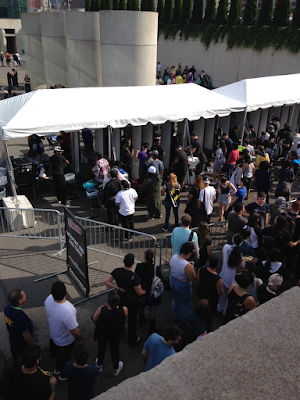 Once inside the convention, there is something for everyone.  Whatever your geek fantasy is, you will be able to find it.  Is it comics? Gaming? Authors? Actors? Movies?  Its all here, all on the convention floor.  The best thing you can do is download the NYCC app and have a schedule made ahead of time.  Without a plan, you can spend hours wondering through the crowds or showing up late to a panel and not getting inside because the meeting room is full.  Its all too much to take in for one day so you need to go everyday and schedule the events you want to do most.


The Cosplay was outstanding at NYCC and that is no surprise. In a city so diverse with so many talented people, they really were able to show their best and had some of the best cosplay I have seen outside of DragonCon in Atlanta. 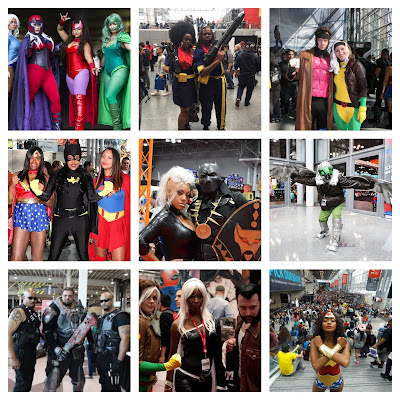 Overall, this was an amazing 3 day experience. I cannot wait to go back next year.  I will be more organized and make sure I get a chance to catch more of the sights and sounds of New York City and of New York City Comic Con

Posted by Brothascomics at 11:40 PM