The Joker Movie Gets a Title


DC/WB announced today that the Joaquin Phoenix led Joker movie has a title.  The name of the movie will be.... wait for it..... Joker.

That's pretty much it.  DC has moved forward on this project, along with another Joker project starring Jared Leto.  Each movie starring a version of the Joker origin story.  As we discussed on the Marvel Hacks Podcast, it seems now, each (white) method actor wants to take their shot at playing the Joker role to see if they can equal or better the performance of the late Heath Ledger.  DC seems to be going along with this hoping to catch lighting in a bottle again without thinking: Does anyone really want to see a story about the Joker's origin and how do you make a movie about a psychopath who has not heroic tendencies?

The Joker is a fun character to play with but he is a homicidal maniac.  There is no "jokes" to the character like Deadpool.  His Jokes lead to massive amounts of death and suffering and I am not sure the movie going public has two hours of that in them... let alone 2 movies of it.

DC/WB still seem to be floundering trying to find their way in this superhero pool.  I am not sure if two Joker movies is the way out tho. 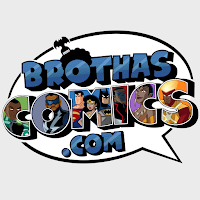 Posted by Brothascomics at 8:56 PM