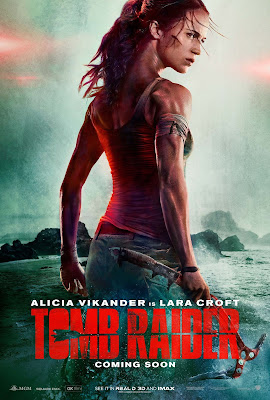 Real talk... video game adaptations to movies are bad.  Often times they are horrendous but that does not stop Hollywood from continuing to try.  This new attempt at Tomb Raider has no connection to the early 2000 movies starring Angelina Jolie and that's probably a good thing.  Those two movies are not very good- with the 2nd one being just gawd awful.

Coming off her Oscar win for The Danish Girl and her outstanding performances in Ex Machina and the Man from U.N.C.L.E, Alicia Vikander was tapped to play Laura Croft.  This sent fanboy twitter into a fury as she "looks" nothing like Angelina Jolie who appeared she came off the cover of the Tomb Raider video game in the 2000's. 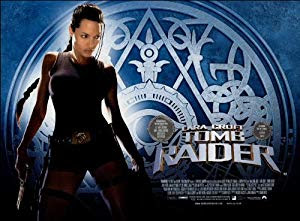 Fan boy twitter always wants to keep women as one note, sex objects who fulfill all their masturbatory fantasies and Vikander's casting and take on the roll did not meet their limited expectations and they began to trash the movie long before its release.

So how is the actual movie... It's ok for a video game movie. Vikander stars as Lara Croft and this take of the characters has her as the grieving the death of her father who has gone missing seven years ago searching an island off of Japan for an ancient artifact.  When news comes that maybe her missing dad is not dead, she sets off following his tracks to find him.  In that journey, she crashes on the island, meets our villain played by Walter Scroggins.  Scroggins and his team are also on the island searching for the same artifact.

The story winds into the tombs as they search for the missing treasure.  The movie goes off the rails a bit into a weird version of Goonies and The Mummy as it winds to its conclusion.  The action and set pieces are fine enough; although the special FX are a bit cheesy.

The biggest issue here is that this movie- starring a  great actress did not do well- not only because its not a great movie, but also because toxic fan boys have such a limited view of women in film and each time a movie like this under performs, it gives studios ammunition  to prevent future films starring women.

So is it worth a Redbox? Ima say no, but if you are struggling to find something to rent, you could find a much worse movie in the Box!

Posted by Brothascomics at 9:46 PM