Is it Worth a Redbox: Rampage 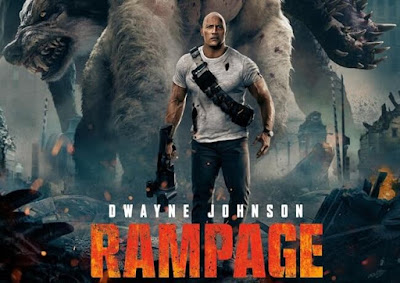 Everytime I write about the Rock, I always feel I lead with this notation about how much I like The Rock as a person and a wrestler, but most of his movies leave me out in the cold.  I did enjoy the Jumanji remake- fully expecting to dislike it.  But for the most part, the movies he makes are not for me and that is ok.

When I heard Rampage, the popular 80's video game, was being made into a movie, it almost sent me into a rampage.  Not because I have some ridiculous amount of love for the video game; although Brother Beavis and myself spent a minor, teenage fortune playing it at Krazy Kats in our hometown.  It was just the idea of that video game being made into a movie- in a market where video game adaptations have generally been awful.  I mean just awful!! 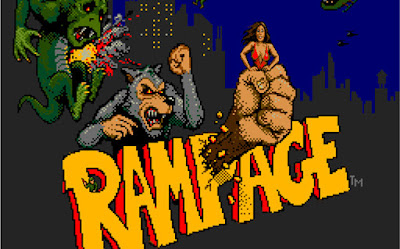 The first trailers for the movie did nothing to ease my fears that this movie would be a train wreck and I avoided any and all information about the movie once it was released. In fact, I had a media credential for Rampage and I gave away the promotional tickets to a co- worker who loves the Rock.

But alas, the job of the Producer of Brothascomics forces me to watch things for our readers and listeners so when Rampage was finally released on DVD, I felt obligated to review it.  Let me just say... I do alot for you guys and this was me taking one for the team.

The movie is terrible on so many levels.  I really do not know where to begin.  Genetic testing gone wrong in space, The Rock as a grizzled, former veteran- but who has a heart for animals and hates poachers, the way over the top villain played by Malin Ackerman and her ridiculous brother,  Jefferey Dean Morgan doing a southern accent that is almost comical, but not mean to be.... I could go on forever! 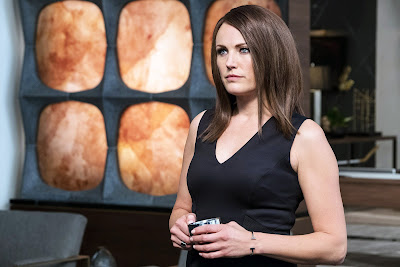 Regardless, the movie is full of Rock-ism's as he plays a big guy with a heart for animals and his best friend is George, the albino ape.  Of course, George gets infected by the space genetic goop, and he and a wolf and an alligator set out to Chicago to stop an emitting energy signal that is hurting them.  Its beyond ridiculous!  There is a sub-plot with a disgraced, former scientist that works at the lab who conducted the genetic testing..... the movie is a true mess.

The big battle at the end has the creature in Chicago destroying the buildings like the video game but the movie took itself way too seriously initially for the camp to kick in as a part of the 3rd act.  Instead of playing into the insane premise of the movie, like Sharknado, they played this as a straight action movie until the final act!  The movie is a true cliche of hiring star power over script and hoping that people will just watch this movie because they love the Rock.  And the movie did ok domestically and abroad, but I don't imagine there will be a Rampage 2. 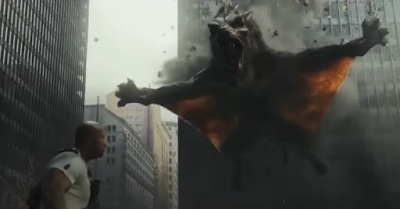 Overall, I would skip it.  For old school heads like me, the nostalgia of the video game will not out weigh the terriblness of the movie.  Full skip- save that $1.59 for something better!

Posted by Brothascomics at 4:40 PM