Miss Piggy and Kermit called it quits after 40 years of togetherness.  However, Kermit confessed that Miss Piggy made his life a bacon wrapped hell!, I am laughing as I am typing this!  LOL  Kermit has not given specifics as to why the relationship ended.  However, there were indications that this was brewing for quite some time. It seems as if he has moved on with a Miss Piggy look-a-like named Denise.  However, Denise is rubbing Miss Piggy the wrong way.  Miss Piggy already pushed Denise out of the way when taking a selfie with another muppet named Janet, just to get the best camera angle.

Kermit and Miss Piggy are currently working together on the Muppets ABC series coming out this fall.  It will be interesting to see how these two interact on this series.  Miss Piggy states that she has no problem working with her ex.  Her statement, dating moi is like flying close to the sun," "It was inevitable that Kermit would drop down to the ground while I stayed in the heavens." 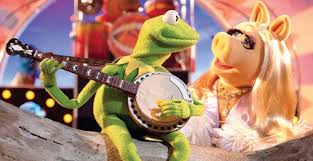 While Miss Piggy and Kermit were a big part of my youth and I still love them both.  It will be interesting to see the direction The Muppets take with this new dynamic.  Although, I am sad about their split, I look forward to their future endeavors as separate entities, who knows, maybe there is a reconciliation in the future. 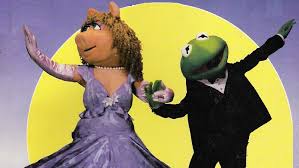 Posted by Brothascomics at 4:02 PM