Bad Boys 3 and 4: The need to cash checks 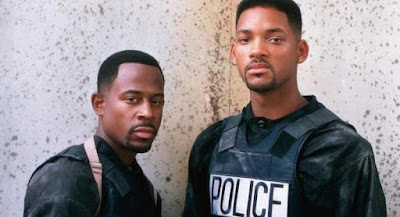 Things were flying fast and furious when this information was dropped a couple of weeks ago and I definitely wanted to comment on this.


Bad Boys 3 and 4
So Sony drops news that not only will there be Bad Boys 3, there would be a Bad Boys 4.  The early leak on the information was that both Martin Lawrence and Will Smith would be back in the movies; although Michael Bay, who directed the 1st two movies, would not be back in the directors chair. More recent news has Will Smith possibly just being a producer on these projects but not actually starring in the movies.
Will Smith not starring in Bad Boys 3 and 4?

There is so much to dive into about this.  First off, Bad Boys 2 was not a good movie.  Look, we don't look for Michael Bay movies to be "good" in the traditional sense.  Its pure popcorn entertainment where you can turn off your brain for a couple hours and just be entertained.  The problem with Bad Boys 2 is that it took the black, buddy cop movie, and turned it into a vulgar perversion of the 1st movie.


The 1st Bad Boys was revolutionary in modern movies where you had two black leads star in an action flick.   The 80's are full up buddy copy flicks with black and white characters but Bad Boys gave us two black leads and I remember seeing it and being in awe that this movie actually got made!  And not only was it made, it was actually good!  Its funny, has great action, and a plot- something unheard of in Michael Bay pictures now! The idea that there could be another Bad Boys, let alone two more, is unbelievable to me- even with Hollywood's lack of new ideas.

But the bigger picture is why would Will Smith do this movie?  We all know Martin need checks! People forget that when that first Bad Boys came out in 1995, Martin was the bigger star.  His TV show was a hit for Fox and he had been in Boomerang a few years before and his star was on the rise! And even after Bad Boys, he had some big hits with Big Mommas House( not debating quality here, just box office), and Life.  Sadly that incident in LA where he lost his mind stopped him from being able to get consistent jobs and checks and people kinda turned on Martin.  Now, Martin pops up here and there in movies and TV shows but he is not a star anymore. So Martin doing Bad Boys 3 and 4 makes perfect sense to me.  Its comfortable and should be an easy money maker for him.


Will Smith on the other hand.... When the first Bad Boys came out, he was starting to emerge into the star that he would eventually become.  And you can see it in Bad Boys.  All that charm, personality, and wit exudes from him in every scene!  Bad Boys sends Will Smith over the top into the sci-fi/action superstar of a generation and he eventually becomes the biggest star in Hollywood. Bad Boys 2 was made at  a time when Will Smith could do no wrong, really.  Most everything he touched turned to gold and there become this sense of arrogance and invulnerability about his work and projects.  He strings together a six picture run from 2004-2008 that I would rival against any movie stars 4 year run.  He has huge hits with Hitch, I Robot, Shark Tale, The Pursuit of Happiness, Hancock, and I am Legend.  He scores an Oscar nomination in that run and cements his status as the number 1 box office draw in the world. 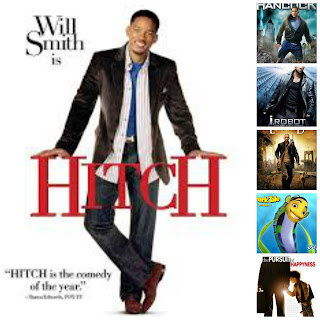 You can imagine a bit of ego slips into the mind and the thought that anything I touch is gonna hit! And Will Smith, like many before him, fell into that trap of chasing Oscar gold and made Seven Pounds!  That one flop but a  little chink in his armor and it scared him, too because he ran right back to a comfort movie and did Men in Black 3 which is terrible and that was followed up by the disastrous After Earth.  That 3 picture run took some of the arrogance away but also took away some of what made Will Smith special.  At his height, Will Smith could make mediocre projects better just by his presence.  Now, Will Smith very much feels like Tiger Woods- We keep waiting for the magic and the dominance to return but maybe its just not there anymore. He had( I guess) a minor hit with Focus.  This summer he will be " one of the stars" of  Suicide Squad, and he keeps up the Oscar chase with the football movie Concussion. This all to be followed( maybe) by Bad Boys 3 and 4. Werd?

It makes me start to think Will needs checks, too! Not like Martin needs checks ,but needs checks to prove to himself that he is still a star checks!  His buddy Tom Cruise still does this.  He makes movies all the time but for the most part-outside of Mission Impossible, nobody gives a fuck anymore!  But Cruise still gets to cash those checks and it makes him still feel like an A list movie star when he isn't anymore! And sadly, I think that is where we are with Will Smith now!  He was the star in Hollywood that people could count on!  Now it seems his career is in a minor tailspin with him putting out movies that people lightweight reject, but giving them sequels to previous hits to maintain his status as a movie star!

I hope I'm wrong!  I hope these movies aren't just money grabs because him and Jada about to divorce, or needing extra money to support his kids music/acting/philosophy careers. I been a Will Smith fan from his days as a Philly Rapper, to the Fresh Prince of Bel Aire! Hell, I saw Wild Wild West in the theaters... at night! Hopefully, he can move past this and take his throne at the top of the movie industry because the world is a better and safer place when Will Smith is on top of his game!

Podcast on ITunes
Posted by Brothascomics at 12:47 AM

Email ThisBlogThis!Share to TwitterShare to FacebookShare to Pinterest
Labels: commentary, will smith