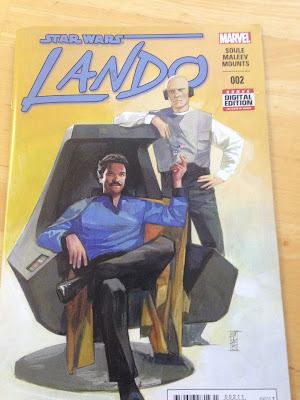 Lando and his crew don't know it yet, but the ship they stole in issue 1 belongs to Emperor Palpatine and he is very interested in getting it back.

The issue picks up as Lando is attempting to get away and jump into hyperspace with the ship, The Imperialis, that they had stolen for the Crime Boss, Papa Toren.  This was to be a quick, easy job that would wipe out the debt Lando owed so he and Lobot could start fresh.

But the life of a hustler and his crew is never easy.  Once they attempt the make the jump into hypserspace, 3 Imperial Star Destroyers appear with the attempts to capture the ship. 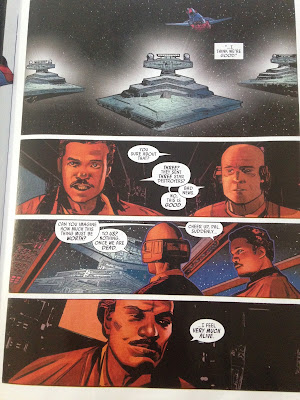 Lando, ever the entrepreneur, does not see this as a problem.  Lando figures if the Empire wants the ship back that badly, then it must be worth a fortune.  Lando's crew, on the other hand, definitely sees this as a problem and Lando has to convince them that if the Empire wanted them dead, they would have just fired upon them and killed them.  He figures either the ship or whats on the ship is super valuable which is why the Empire is attempting to capture them. 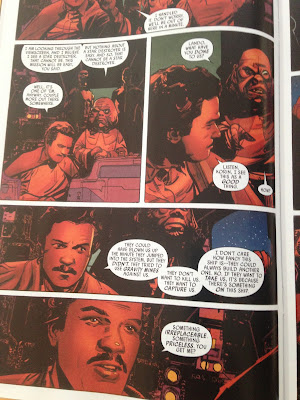 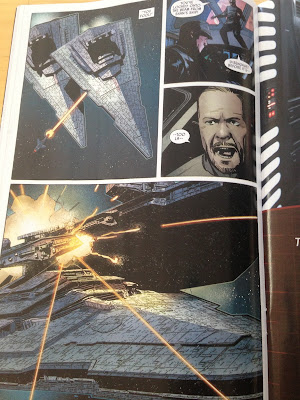 Meanwhile at the Inner Rim, a bounty hunter named Chanath Cha is making a routine collection for a client when he receives a call that he cannot refuse. 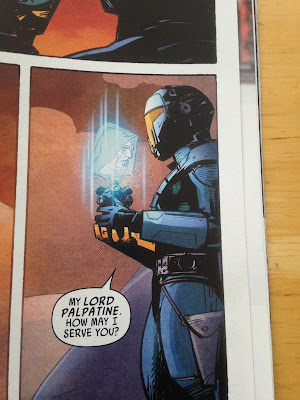 Palpatine explains to Chanath that one of his ships has been stolen from and he would very much like to get it back and only a bounty hunter with his level of skill can make that happen for him.

Back on the Imperialis, Lando and his crew begin to explore the ship and its artifacts searching for the treasure that must be on the ship.  As Lobot comes across a locked panel, he logs into the computers system to unlock the door and does find and unexpected surprise! 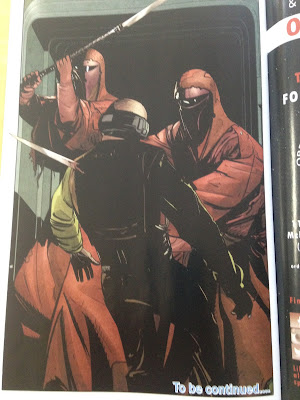 Issue 2 builds upon the mystery that is the Imperialis.  It will be interesting to see what is on the ship that is so important to Palpatine.  I like how the book plays on Lando's past as a hustler, but it also paints him as an intelligent person, who makes questionable decisions at times, I think all men can relate to that!

This book was delayed by a couple of weeks, but it is back on schedule and issue 3 will be out this Wednesday.  Look for a review shortly after.