We are still almost a year away from this movie but the leaks keep coming.  The actor who played Zod in Man of Steel, confirmed that he would be in Batman V Superman- which would not be news at all because you clearly see his body in the body bag in the trailer released at comic con.  The bigger news is that the actor confirmed that he was fitted for "Wax flippers"  on his hands and legs filming his scenes for the movie.  This has led to massive speculation that Zod will somehow  be playing Doomsday in the movie as the "big bad" that brings the Trinity of Batman, Superman, and Wonder Woman together and begins the formation of the Justice League. 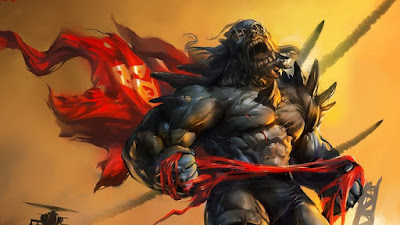 Werd?  This is the DC'iest moves of all DC moves.  This coming from the comic book company that allowed Supergirl to kick the moon out of orbit in a fight with Enchantress( as if that would not affect the earth).  Shout out to Sanders for the reminder! 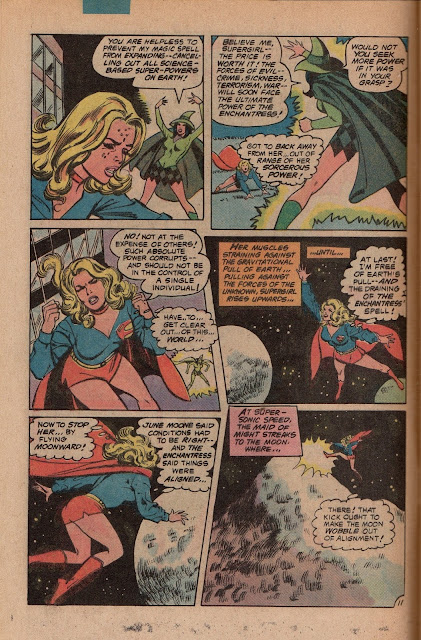 Look, my side eye for DC is well known, but also well earned.  The closer and closer we get to this movie, the more concerned I am about it. Lets take out all the technical movie concerns such as the huge cast, the plot, and the run time of the movie-which I would say has to be over t3 hours at this point in the editing process.  From a straight comic book movie perspective, how much sense does Doomsday make for the franchise moving forward?  DC seems hard pressed to make sure Doomsday is in this movie.  So do they kill Superman because that is the true and only point for having Doomsday in any movie?  Well you would assume that is not going to happen based upon the Justice League movies that are being released.  And if you use Doomsday here-one of the few villains who is strong enough to fight and kill Superman and fight against the Justice League, where does that leave you when you do make the Justice League movie? Brainiac, I guess? But that only gets you through the 1st Justice League movie! You still have the sequel, with no real villain on the horizon that would make a credible threat to the Justice League.   This just reeks of DC's short sightedness and Zack Snyder's thirstiness to make things look cool and give people what he thinks they want without caring for the consequences of the franchise moving forward.

DC has so much riding on this movie and they are pushing all their chips in.  Its a gamble but if you give people too much, there will be no reason for fans to come back for a sequel because you gave us everything in the first movie.  This reminds me of Fox forcing Dr. Doom into every Fantastic Four movie instead of  building up to Doom.  Use minor other characters and plot to build to your "Big Bad". Leave the audience wanting more, not less( See Avengers 2).

Podcast on ITunes
Posted by Brothascomics at 1:56 AM