This was not a mistake 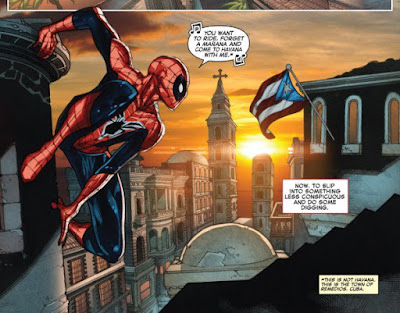 Just some background information.  Even tho I grew up black in a small Midwestern town, when I started adulting with a real job, real money, and real bills, it was in South Florida- Ft Lauderdale to be exact.  Now South Florida is nothing like Ohio. NOTHING! Its hot, pretty much all the time, there is so much to do from the beach, to night life... But the biggest difference is the almost overwhelming different cultures that exist there.  There are all the transplants from the United States and then you have all the island cultures from Jamaica, Trinidad, Dominican Republic and from South America with Brazilians, Colombians, Venezuelans.  We are all living on the same spot and its wonderful.  And being a dude, all these women from these countries were beautiful.

But being from Ohio comes with drawbacks in that I did not know about any culture that was not based on black and white people. That is what I grew up with and what I was comfortable with.  But down there, I had to learn about different cultures and even if many groups of people all speak the same language( Spanish) that does not mean that they are all alike.  And inter cultural prejudices exist especially in Spanish speaking countries. So I learned.  Being in education at the time as my job, it was easy to learn from the students and get a sense of their culture and not just judge them based on their language.

With that being said, later in life, I married a women from Puerto Rico.  Over courting her, I became more and more immersed in Puerto Rican culture and began to see the similarities and differences between Puerto Rican's and other Spanish speaking cultures.  Now South Florida, Miami in particular, has a huge Cuban population.  Now even though these people share the same language, foods, and culture, they are not the same.  Hell their flags are even similar!  But that is pretty much where it ends in terms of similarities.  There is intense inter-cultural rivalry between the two groups of people and much of it isn't nice. 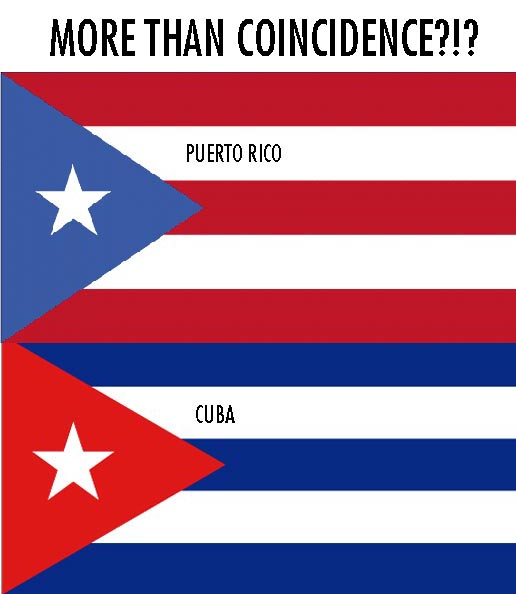 Therefore when I saw the issue of Spiderman and his visit to Cuba and the artist drew a Puerto Rican flag, I knew immediately that this was not a mistake. First, the writer of the book, Jose Molina is Puerto Rican.  If he set a story in Cuba and sent that plotline over to the artist, he would be clear with him that the story is set in Cuba and to include the Cuban flag.  The artist on the book, Simone Bianchi, is from Italy.  Possibly he is not familiar with the /similarities/differences between the two cultures but the writer is so even if he did a Google search, there would be Cuban flags for him to look at to base his art.  There is no way that book went to press without the writer seeing it and he did nothing to stop it.  That leads to one of 2 conclusions.  1.  Molina saw it and it was a jab to the Cuban culture and people; 2.  Marvel allowed it, knowing that it would make press for the book and increase sales because of the "error".  Those are the only 2 choices.  This was not a mistake.  A Puerto Rican knows their flag intimately and knows the difference between their flag and the Cuban flag.
To me it seems that Mr. Molina was able to slip that past the editors knowing they would not know the difference and as a 1 up for Puerto Rico against Cuban culture.

In a sign of the times, Molina issued a Twitter apology saying he has no idea how it happened. Um, Ok.  Don't believe the hype! This was not a mistake!

Jose MolinaVerified account‏@JoseMolinaTV
I HAVE TO APOLOGIZE for a mistake that appeared in issue 1.2 of #AmazingSpiderMan, which I wrote and which (cont) http://tl.gd/n_1so5cq7


The only other logical answer would be the editors on the book did no fact checking at all and not being aware of the cultural differences just said, "Ok" and the book went to press wrong.  I guess, but I'm not buying that at all. Unless, of course they are from Ohio like me!

Posted by Brothascomics at 4:13 PM