I'm not calling these Ghostbusters 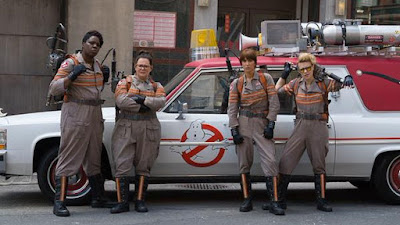 From the title, people gonna think I'm hating on these New Ghostbusters because they are women and that is so far from the truth.  Women being able to open large, tent pole summer movies is long overdue.  There needs to be more space and time for women and people of color in the medium of film.  With all that being said, I think the women who are starring in this movie, primarily Melissa McCarthy and Kristen Wiig are not funny and are highly overrated.  But they are not the reason I wont be seeing the remake.  The main reason is that source material, Ghostbusters isn't that good.
I know this is blasphemy in the halls of geek and nerdom but my reply back to them and you would be, "Have you attempted to watch Ghostbusters as an adult?"

Ghostbusters came out in 1984.... I remember going to the Salem Mall in my hometown with a bunch of my buddies to go and to see it.  We took the bus out to the mall and even tho now it may not seem like a big deal, going to a PG movie without your parents was a huge deal in 1984.  Once it was over, we  thought Ghostbusters was the funniest shit ever. And it was... because I was 13.  Later, when I saw the movie as an adult, I was kinda like, "Um, this is not really that funny!"  I mean the movie had some top notch( white) comedy talent at the time.  Bill Murray before he was trying to win Oscars, Dan Akroyd, Harold Ramis, Rick Moranis.  I mean these dudes were the kings of( white) comedy in the 80's.  From Animal House, CaddyShack, Stripes, Dr. Detroit, Blues Brothers... I mean these dudes made some funny movies. But Ghostbusters ain't one of them.  I watched Ghostbusters the other day because it was on AMC and I was shocked as to how much of the movie I did not remember. I mean you remember the proton packs and Sigounrey Weaver getting possessed and whatnot but  the most memorable things about the movie are Slimer, Stay Puff, and The Ray Parker, Jr song.  The jokes are mad corny and the movie is a mess in terms of editing, and direction. As the movie is progressing, I could physically hear myself breathing because I for damn sure was not laughing.

See I think Blerds my age probably remember more fondly the Real Ghostbusters Cartoon that ran from 1986-1991.  Called the Real Ghostbusters because of a movie rights issue,   This cartoon is funny and even tho it overuses Slimer, the cartoon adventures probably fit more to the subject matter than it did on the big screen.  Plus the cartoon allowed The Ernie Hudson character, Winston to shine- unlike he did in the movie.  Ernie Hudson still pissed about that movie role! 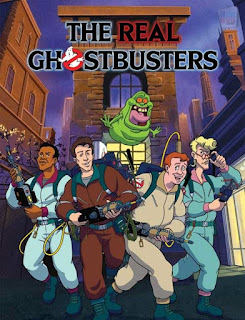 So Ima pass on this remake.  I mean it may be funnier than the original,  but thats not really gonna be that hard- truth be told. And don't even get me started on Ghostbusters 2!

Posted by Brothascomics at 9:22 PM