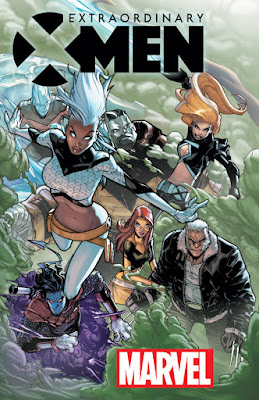 Its post Secret War and the remaining X-Men are down and almost out.  The M-Pox and the Terrigen Mist have reduce the mutant population dramatically.  Storm, is the leader of the X-Men and along with Iceman are charged with reforming the X-Men and leading them in this new, mutant hating world.

The book opens with Storm having a conversation with someone and pondering loudly how he did it for so many years.  Iceman comes in with news about Majik and her latest rescue mission in India. 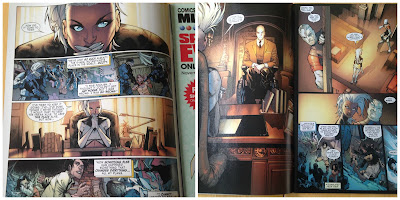 Majik is in India doing a rescue of a mutant in that country.  With all the mutant paranoia and hatred, many mutants have been hunted down and killed.  Storm has allowed Majik to seek, find, and rescue mutants and have them brought back to the school. The crowd in India is fierce and full of hatred and Majik needs to go full mutant to rescue the child. 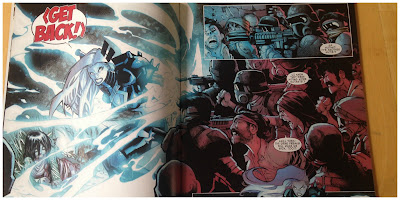 Once back to the mansion, Storm and Iceman recognize that sending Majik out on these missions is too dangerous for her to do alone.  Storm makes the decision to reform the X-Men to try and save whatever mutants that are left and bring them back to X-Haven. 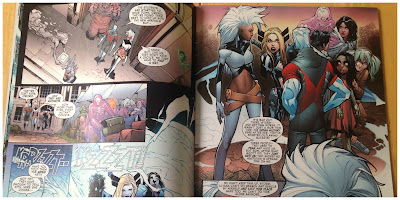 Now the team needs to recruit the team who are spread out all over the place.  The first recruit is Jean Grey.  Now this is the time displaced Jean Grey from the 60's who was brought back to this time stream along with the Original X-Men team.  Jean is now a college student and wants a normal life.  Jean knows her fate and is doing everything in her power to avoid it. Even after seeing what has happened to mutants after reading Storm's mind, she still declines the invitation to join the X-Men! 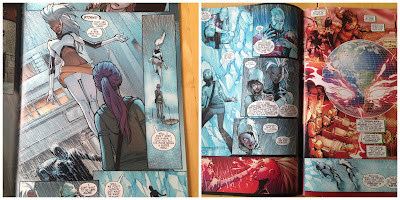 The next recruit is Colossus.  He is now back working the farm in his native Russia.  His sister, Majik heads out to recruit Peter who is perfectly fine living a simple life on the farm in Russia.  But he could never say no to his sister and they leave to go look for the next recruit, Nightcrawler. 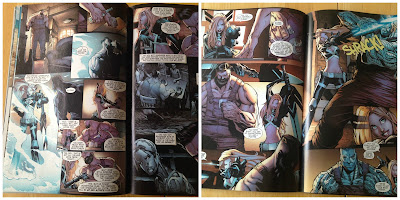 Nightcrawler is working a solo mission looking to capture the Marauders.  In battle with Aries and the others, he is finally defeated and captured and taken away to be a test subject for their master. 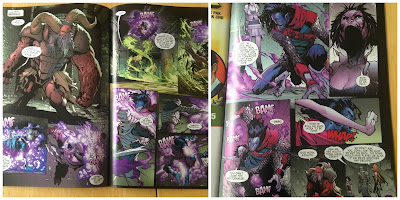 As Jean declines the offer to rejoin the team, she informs Storm and Iceman that she has scanned the Earth for mutants in her freetime and she found a mutant who should not be here.  Storm and Iceman head out with the news and in the openness of Canada they find... Wolverine( Old Man Logan version) 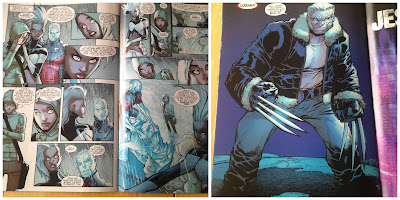 That ends issue one.  As a blerd dad, I have been in and out of comics over the past few years.  I would dip my toes in the water from time to time the last  5 years and the X-books are no different. I would check them out and then leave them alone- mostly because there are so many books and its gotten so hard to keep up.  I am taking the starting point after Secret Wars to try this book.  I thought the first issue was solid.  It did a good job of keeping you informed of what has happened and what is to come. I have been a fan of Humberto Ramos' art over the years, even tho he can often be inconsistent.  I like the make up of the team and Storm as leader should always be a part of any X-Men story.

Check back in next week for issue #2 review.  The book is already on issue #5 so go check them out and drop comments after you read them!

Posted by Brothascomics at 6:47 PM