In Defense of LT Boomer 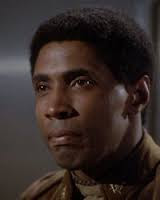 One of the reasons I did not mess too much with the Battlestar remake in the early 2000's was because it was a little too different from the original( for me).  I heard from Blerds whose opinions I trust/respect that it was actually very good, but I just never messed with it.  Its on Netflix and I probably  need to go back and watch it.  I did see that "Boomer" was now an Asian Female- Ok. Sure. Fine. Whatever.  But I did not stick with it enough to see if they had a black dude/lady on the show or what role he/she may have played.  All I remember was that Boomer was Asian, Starbuck was a woman, and the Cylons was hot chicks. But in getting ready for our livetweet of BattleStar Galatica #BSG78 for @brothascomis, I have been watching the OG series on Netflix.  To show my age, I was 7 years old when the series originally premiered.  You have to remember that this was after Star Wars became a worldwide hit in 1977 and tv and movies were trying to capture some of that magic.  When Battlestar premiered, Big Hutch and I were there for it- live.  No VCR/DVR just 2 hours of the world premier movie and it blew us away. The Vipers, the Cylons, and I am not gonna front, I had it in major for Athena.  Adama, Col Tigh- hell and even Boxy and his annoying little self. 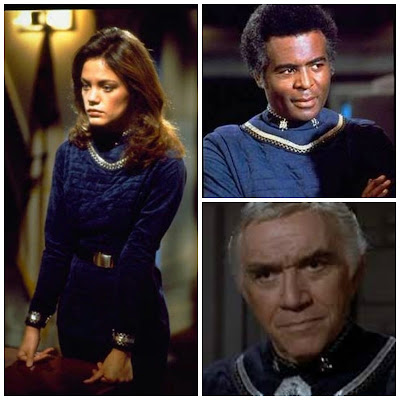 I was a kid, tho.  I did not get the Astrological signs and its overt religious themes.  I was about those Vipers and the Cylons was bad guys( and they scared the fuck outta me). The Viper pilots were cool as hell. I was all about the Viper Pilots.  Being a young child at the time, I was more of a Starbuck guy than an Apollo guy.  Starbuck was cooler and had some swagger.  Plus he was sorta with Athena
(before he was trying to get with Cassiopeia) and he was one of the best pilots in the fleet.

However, being Black, of course you had to notice Lt Boomer.  Now he does not get many lines in the first 2 episodes, but he is always there in the cut( like Franklin in Peanuts).  But upon rewatching it as adult, Boomer ain't nobody's punk. I mean nobody.   He is one of the best pilots in the fleet( an equal to both Apollo and Starbuck), he is intelligent, and has a moral code that is definitely missing from Starbuck.  He is essentially Black Apollo and the relationship between he and Col Tigh works hand in hand with Adama and Apollo.  And in pivotal episodes, like Fire in Space and  Gun on Ice Planet Zero, he is the hero of those episodes.  Watching it now, I'm like, "F*ck Starbuck, I'm Team Boomer"! 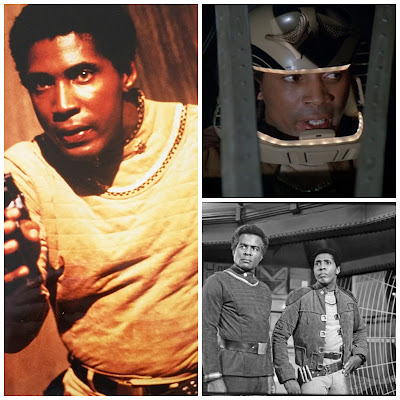 I have now made it the mission of @brothascomics to meet LT Boomer, AKA Herbert Jefferson, Jr. I am not sure if he goes to cons or does signings, but I am looking to find him, shake his hand, and thank him for a great Sci Fi character of color.

So lets give some props to Lt Boomer!

Posted by Brothascomics at 2:03 PM