Big Bang Theory and their Lack of Nerd-versity 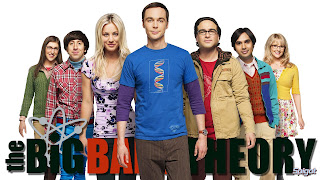 First off, let me say that I am a big fan of this show.  I did not start watching it when it first came on. It came on while Community was on and my sense or type of humor is more reflected in that show than in the Big Bang Theory.  I discovered it from the reruns on TBS and now I watch it every week( and sometimes the rerun every night). I am a big fan of the show.

But from watching in these past few years, you definitely get struck by the lack of diversity on the show.  Yes they have Raj( I will get to him later) and they have 3 main female characters but people of color a few and far between.  Just from watching it so often, I can tell you the main( only) black people that have been on the show off the top of my head. 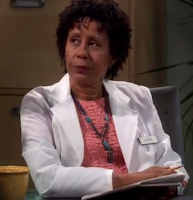 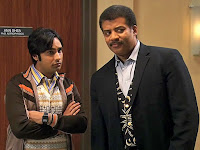 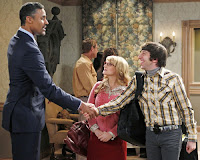 I could add Raj's sister I guess but that is really not the point I am trying to make.  This show is made for people with nerdly habits.  Weekly, you get information and visuals about science, comics, movies, gaming.  It exposes alot of non nerdly people to these topics and presents them in a fun and entertaining way that makes you want to watch it again and again.  But it also plays up the stereotype that all nerds are white.  Raj is Indian, but he exhibits no major Indian traits other than his accent.  And all of his culture is made fun of by the characters on the show.  Raj is a self-hating Indian whose sole purpose is to assimilate into the dominant culture. Raj only dates white girls and even when he did try to date an Indian girl, she was gay!  So don't come at me with Raj( or his sister Priya).  The underlying message of the show is that only white dudes are nerds and geeks( and smart) and we all know this is not true.

So what is uncomfortable to the masses about Black nerds?  Does it not fit their pre-conceived stereotypes about black people?  Do we have to always be sassy, athletic, cool, or thugs to fit what people are most comfortable with?  Do they just have no experience with Black nerds? The writers and producers of these shows may have little to no experience with POC and chances are there are few, if any, POC in helping to write and produce this show.

A show like the Big Bang Theory should be an all-inclusive opening into the multi colored and layered world of nerdom. You would not have to look far to find Blerds who read comics, play games, and enjoy sci-fi tv and movies. Hell go on Twitter and you will find a plethora of black nerd centric websites( including mine) that cater to many and all of these nerdly subjects.
The lack of diversity is a slap in the face to all nerds of color and its quite disappointing that 8 seasons into the most popular show on television that there have been 6 black people on it( and only 2 black males).  But maybe that's why its the most poplar show on tv!

-The Producer
Posted by Brothascomics at 8:17 PM