Cheering against the Fantastic Four 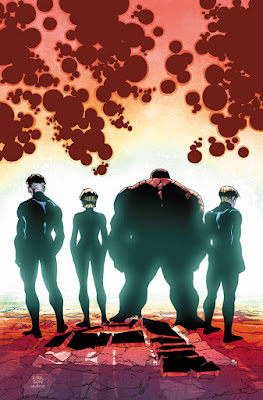 As we are leaving the Ant-Man and Marvel Cinematic until Captain America: Civil War comes out in the Spring of 2016, we may forget that Fox has a relaunch set for the Fantastic Four in August.  Trailers and advertising's for the movie have been on going and Fox is definitely hoping for a late summer, sleeper hit with their franchise.

I have to admit the trailers for the movie have me a bit more excited than I thought I would be.  I like the idea that they are steering as far away from the Alba versions of the Fantastic Four.  The tone of the movie seems more dark and serious than the previous movies.  Maybe that is what is needed to kickstart this series of movies. The previous movies suffered from not knowing what they were. Marvel's First Family has always been a mix of action and adventure, mixed in with heart warming family drama.  The  First Alba Fantastic Four never got the mix correct and the movie was a jumble of weird jokes and bad action sequences that had fan boys and girls racing to the exits.


But, sadly America loves crap and the movie made enough money that Fox doubled down and made another one which is even hokier than the first. The action sequences are a bit better with the larger budget but it was still stuck between action movie and buddy cop comedy.  And to piss off true fans of the book, they made Galactus a cloud( I can still hear Big Hutch complaining about this)! And my biggest complaint about making Human Torch into a Super Skrull... da fuq?

But we as comic fans have short memories or maybe that Men in Black thing in our head to help us forget bad movies.  Fox once again will trot out the Fantastic Four with the hopes that we will forget about Jessica Alba and give this new movie a chance on its own merits.

Werd? Look, if this movie is successful, we all benefit from this.  Its a great movie and will lead to other movies, it will open up the Fantastic Four's world beyond Dr. Doom!  Maybe we see Annihalus and the Negative Zone,  Skrulls, Mole Man, or maybe even a real Galactus or the Watcher.  The potential is there to make good movies.  Plus if this movie bombs, people are gonna blame it on the black Human Torch.  So I do have an extra incentive for this movie to be successful. 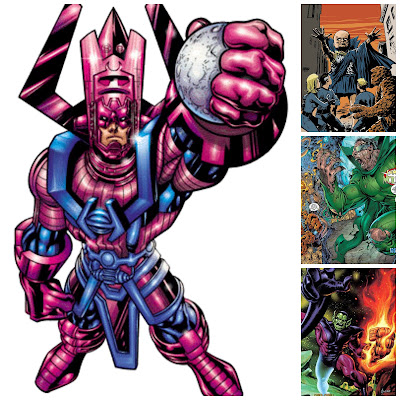 However, I am nothing else if I am not a contrarian.  I am actually rooting against this movie.  I am a big fan of the characters and have been for a long time.  But Marvel's First family needs to be back under the banner of Marvel Cinematic.  Marvel/Disney's ability to incorporate these key pieces back into the Marvel Universe deepens the well for heroes and especially villains back into the MCU.  Dr. Doom is such an important villain in Marvel, yet because of movie rights, he has been relegated to the sidelines with the Fantastic Four.  Tell me you wouldn't love to see Dr. Doom fighting the Avengers! Of course you would because he's been doing it all your comic book reading life!  Along with damn near every hero and super hero team in the Marvel Universe.  Dr. Doom needs to be in MCU and the only way that is going is if this new Fantastic Four bombs. 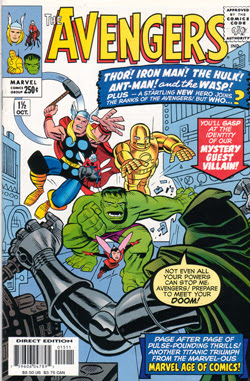 If this movie bombs, and sadly I think its a real possibility because of the Alba hangover, Fox is going to look to cut its losses or bring Marvel in to help them like Sony did with Spider-Man.  Either way, Marvel gets a portion of control of their characters and we get the expansion of the MCU. Marvel/Disney is cheering against the movie as well.  They are not offering up any press for the movie and even cancelled the comic this past spring.  "No free press for Fox " is probably chanted in the offices at Marvel Cinematic.

I feel bad cheering against the movie, tho.  But for some reason, these characters have been hard to adapt to the big screen. From Roger Corman's EPIC 90's version, to the 2 Alba versions, its been a struggle to get these characters right on film.  Maybe Fox found the formula this time and the movie does well and we get the Xmen/Fantastic Four crossover that Brian Singer has been hinting at the last few weeks. 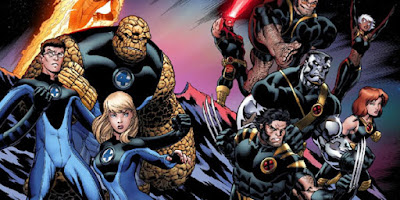 This is one of those, I hope I'm wrong but I'm probably not moments for me.  If Fantastic Four does well, I will be OK with it and will look forward to more adventures from the team.  But if it bombs and I fully expect it to, hopefully Marvel swoops in with buckets of cash for Fox and takes control of their property again!

Posted by Brothascomics at 11:38 PM