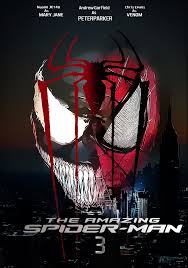 With all the news coming out of comic-con this week, there was a nugget that dropped in an interview with Dennis Leary, who played Captain Stacy in the Amazing Spider-Man and then made a couple of cameo appearances in Amazing Spider-Man 2

In the interview, Leary drops a bomb that in the 3rd movie, somehow Peter Parker was going to come up with some sort of serum that would bring the dead people in his life back to life.  That would allow him to, I assume, bring back Uncle Ben, Captain Stacy, and of course, Gwen Stacy!

That reboot of Spider-Man was already a bad idea.  The idea of doing a reboot, with an origin story was bad enough in the first one.  The super cool, yet emo Peter Parker, all the back drama about how his parents were killed, and the Fault in our Stars romance with Gwen was just about enough.  Throw in a terrible villain with the Lizard and there you have the first one.


Side note as to why not to just trailers


Of course, the sequel doubles down on its awfulness. More villains( Electro, Rhino, Hobgoblin), more back story about his parents that is totally unresolved, more gooey love, and then killing his love interest in a 3rd act of the movie that was totally unnecessary.

And now information that the 3rd movie was going to go to resurrection of Gwen Stacy which has been done and overdone in the Spiderman universe for years.  She has been cloned and re cloned.  She had kids with Norman Osbourne and those two kids came back to haunt Spider-Man.  I mean some real Jerry Springer shit in the comics.  So the idea of her coming back for the movie is not THAT far-fetched.  And in the Ultimate universe, Peter does bring Gwen back using a sample of the symbiote from Carnage, who is an offspring from the symbiote Venom.... Good grief. Could you imagine this movie? Not only to resolve the cloning/resurrection, but they had already teased the Sinister Six, the man in the hat,  and probably would have dropped Venom in there, too.  It would have been a total cluster fuck and we are all better off to have never seen it. I'm sure Dennis Leary is going to get a nicely worded email from Sony and Marvel telling him to shut the hell up!

With that being said, why even kill Gwen in Amazing Spider Man 2 anyway?  As much as I made fun of it, the chemistry between Garfield and Stone was the best thing about those movies. Plus ,these movies work in cycles of three and if they were hell bent on killing her,  they could have saved her death, at the hands of Green Goblin, for the third movie. They introduced Harry Osbourne already, they introduced the formula that is turning him into the Goblin in that movie.... they just rushed all of it and left their franchise ruined.  So ruined they had to run back to Marvel to help save it.

It all just reeks of laziness by the filmmakers( I'm looking at you Marc Webb).  In an attempt to make it different, all they did was make it ridiculous by focusing on who Peter Parker is. No one really cares, tho.  Once you get past his uncle dying, the character is more interesting in the suit, not out of it. People care about Spiderman, not Peter Parker.

So we avoided that disaster.  DC-look what happens when you rush movies and characters at the expense of story and plot.  The movie make look good and the trailers may get millions of views, but none of that will matter if your movie sucks!

Posted by Brothascomics at 7:30 PM

Email ThisBlogThis!Share to TwitterShare to FacebookShare to Pinterest
Labels: Spiderman