Once Gambit starts filming, we wont be able to stop it! 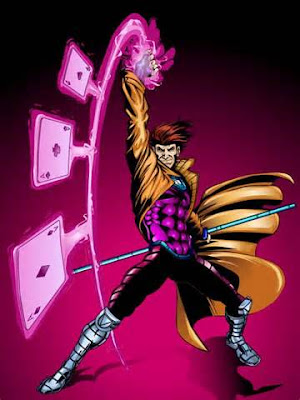 Lots of news coming out about Gambit the past week. Check the links below for some updated news

Lots of good information but I still have my concerns about this movie.  Plus there are some conflicting reports, as well.  The most glaring one being that Gambit will/will not appear in Age of Apocalypse.  I have stated this before, Gambit needs to be introduced somehow/someway before appearing in his own movie.  The character, why beloved my comic fans, is not a well known enough property to carry a movie based on name alone.  Age of Apocalypse will be the last time to be able to introduce the character to a broader audience, so I hope those rumors are not true. Secondly, from a studio perspective, this is the first movie Channing Tatum will need to carry on his own without getting butt ass nekkid. And he is on a little bit of a cold streak with Jupiter Ascending descending at the box office and Magic Mike XL not doing nearly as well as the first one.  And this movie will all be on him as the star.

The other bit of news coming out was the leak of the casting sheet.  In it, you can see that they are casting for "any race" characters and from the looks of it, it appears to be they are casting for the thieves guild of which Gambit is a member.  This makes Gambit an origin story and Gambit's origin, while it plays well in the comics, could come off corny and lead to Selma like marches to the exits out of the theater. 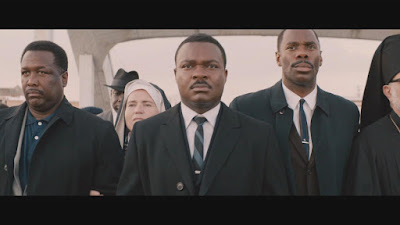 Lastly, the big news of today was that Gambit will start filming in October and the budget for the movie is $150  million.  WTF?  The original Spider Man by Sam Rami had a production budget of $140 million dollars.  Spiderman, a character that they needed much CGI to make the character authentic and believable.  This is Gambit, whose only power is charging things with kinetic energy! Why in the world would they need $150 million for that?

One of the people I truly respect on Twitter @patricklewis tweeted at me that this was going to be like John Carter... the infamous DC flop from a few years ago and I agree 100%.  DC took a chance on a lesser known characters but gave him a big budget action movie that bombed.  It bombed ironically enough with the actor who first played Gambit in Wolverine Origins: Taylor Kitsch.

Man listen, a Gambit movie can be and needs to be done on a much smaller budget than $150 million.  They are setting the movie and the actor up to fail.  I am assuming that is production budget- not accounting for advertising.  And knowing that Marvel ain't gonna allow for any outside revenue streams from toys and merchandising, the movie could be a huge loser for Fox( and Tatum)

So why are the pushing forward so hard for Gambit?  Do they really think the character has such a rabid fan following?  Do they think Channing Tatum is the next Tom Cruise and he can pull a mediocre film and premise based on his looks and personality alone?  I'm not taking that bet and neither should he if he value his long term career prospects.

Like I posted earlier today, once filming starts, we wont be able to stop this movie from being made. I am not sure if you pray to God, Budda, Allah, or whomever, but if you want to see this movie stopped, you gonna need to get your prayers on quick,  Only 10 weeks till self destruct!

UPDATE: So news breaks this afternoon/evening that Channing Tatum may drop out of the project.  That is kinda funny because the only reason this is getting made is because he is the reason that the movie is actually getting made.  I think this is good news/bad news.  If he drops out, there will be no Gambit movie anytime soon. I don't think they can move forward without the "star".  But its good news for most fans, especially Blerds, who had little to no faith in Tatum or Fox to be able to pull this movie off convincingly.

Man I guess prayer does work!

Posted by Brothascomics at 10:54 PM