Wow, it is a good day in Marvelhood,

What can I say, I could not be happier that the Marvel Gods finally wised up and realized what a huge mistake casting Channing Tatum as Gambit is.  This dude has the acting ability of a brown paper bag, naw I take that back, a brown paper bag actually has some acting ability, LOL.   To think that they thought that Channing Tatum could pull off a $150 million dollar movie is laughable.  Let alone due justice to one of my favorite X-Men characters.  However, from what we are hearing, someone wised up and either Channing decided to leave on his own accord or they got rid of him because they didn't have the confidence that he could pull it off, boy are they right!

It is no secret, I am no fan of Channing Tatum and since Gambit is one of my favorite X-Men, to see him murderlize (to use Big Hutch's terminology) Gambit would be horrible.  Now, they should give Taylor Kitsch another opportunity to play the character.  I know most people are probably going to say that will not happen because of Taylor Kitsch track record with opening movies.  However, If they gave Ryan Reynolds another opportunity to play Deadpool, and we know Ryan Reynolds can't open a movie, they can a least do it for Taylor Kitsch and Taylor is a better actor.  Taylor Kitsch also did a decent job playing the character in Wolverine - Origins. 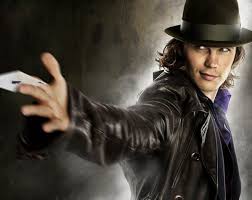 I also agree with The Producer in stating that they should probably re-introduce the character in the X-Men movie first, then give him a solo project.

So, here's to Taylor Kitsch being recast as Gambit and getting a good Gambit movie made.  Yeah!!!