Deadpool and the R rated hero 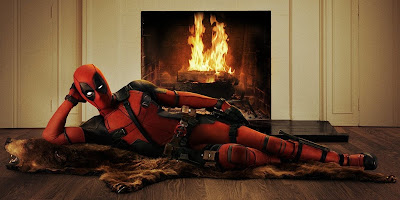 As get we closer to comi-con, lots of information is leaking out about upcoming movies. Entertainment Weekly about broke the internet leaking their Trinity cover yesterday ( I will have more to say about that later).  But one of the articles in there was about our Merc with a Mouth- Deadpool! 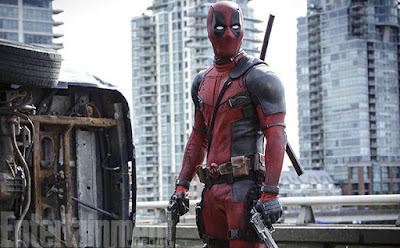 EW has a feature article about the movie that is coming out in February 2016.  The movie will star Ryan Reynolds as Deadpool, AKA Wade Wilson,  This will be the 2nd time Reynolds has played the role.  Originally he played Wade Wilson/Deadpool in the unfortunate Wolverine: Origins.  And to be honest, he was not the worst thing about that movie- especially before he was turned into the"Deadpool".  His introduction in the movie and the use of his powers was actually kinda cool. They were able to play upon Reynolds' natural ability to be a smart ass and this scene works on many levels.  The movie goes super downhill from here, tho!

Ryan Reynolds has been attached to the Deadpool movie project since Wolverine: Origins and the movie was set to be made shortly after Origins.  But then Origins did not perform well, Ryan Reynolds made Green Lantern and that did not perform well and Fox mothballed the project in developmental hell.  During that developmental time, a studio worked with Ryan Reynolds and completed this VFX short that truly did break the internet. It was so well received, the process for making the Deadpool movie was green lit to the movie we are going to see in 2016

So now as info comes out, the movie will be rated R and from yesterday, movie producers said it will be an "Hard R"-whatever the hell that means.  There have been some R rated superhero movies int he past- probably most notably Blade, the Watchmen and Sin City.  And those movies were successful in various degrees. But from the sounds of things, this movie is gonna be crazy violent and gory, and with language to match and I have to say I am surprised.  Movie studios are about making money and making an R rated movie about a comic book character immediately takes a set of eyes off that movie( kids) because their parents( if they love them) wont take them to see that movie.  I have a 10 year old son who loves the character Deadpool.  There is no way in hell I am going to take him to see this! 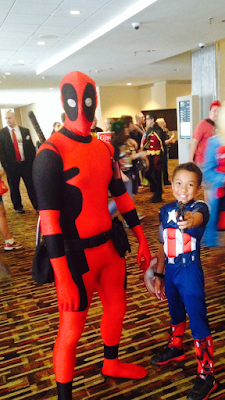 And I find myself torn about this. The comic book movie fan in me wants to see THAT Deadpool movie that is true to the character and that is violent and funny and breaks the 4th wall.  I think it has the potential to be unique and unlike anything we have ever seen.  But its also a comic book movie and these movies, while enjoyed by adults, are made for kids and making a super violent comic book movie for kids is kind of an oxymoron, Adults have their option of plenty of movies to see for violence, language, and nudity if that is what you want. Do we need to make comic book movies just for adults? I truly an conflicted!

I hope this movie is successful! I may not see it because of my son out of a sense of fairness to him but I kinda wish I didn't have to choose between taking my son to an ultra violent comic book movie and seeing it by myself.

Posted by Brothascomics at 10:40 AM