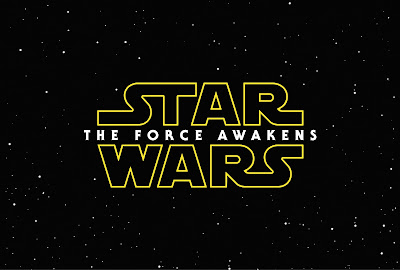 
Early this morning some screen shots of Princess Lea leaked on line and I saw them and forgot to screen cap this for this post. Now Disney has put a cease and desist out there and have pretty much scrubbed their existence.  My bad!
As I was plotting writing this out this morning, I have been in my head about how The Force Awakens is going to handle the new Star Wars people mixed in with the Old Star Wars people.  And this is gonna come off as ageism and maybe a little sexist but them people are old.  I saw a picture from a con a couple of years ago of Luke and Lando and I was like, " I'm not sure how much longer these dudes are gonna be with us"! 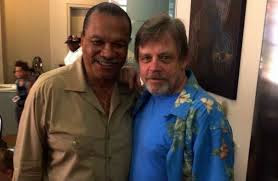 And the images I saw this morning of Carrie Fisher did not do much to alleviate the thoughts I had after seeing these two.  Look, we all get old, none of us look the same as we did 35 plus years ago-that is not even my argument.  My point is, how are they gonna believably place these people who we idolized in movies before, into a movie that is focused on the next generation.  You see, even my kids are invested in the Original Trilogy and maybe a bit on the lesser 3 prequels.  The characters they care about are from those movies and they are only 10 and 8.  Now, as much as I love Star Wars( and I do), you are asking me to care about characters that I don't care about and are going to try and shove down my throat an old ass Jedi, an old ass Correllian, and a Princess who by now should be Queen, right? I mean damn! Grab the throne, already! Nobody on yo planet is alive anymore.


I think I may have a hard time buying it and I know I'm not the only one!  People who love Star Wars love the original characters and since its been so long since Jedi, maybe they should have just recast the roles. It would have been weird at first but no weirder than having to CGI the heck out of Luke's face and Lea's jelly rolls( that was mean)!

I will be there opening weekend. I am sure I will buy my tickets way in advance and have my kids there. I just hope they don't over do it with the "old " Star Wars people too much.  It will be too painful to watch!

Posted by Brothascomics at 3:01 PM