How long will it last?

Miles Morales to be Spiderman 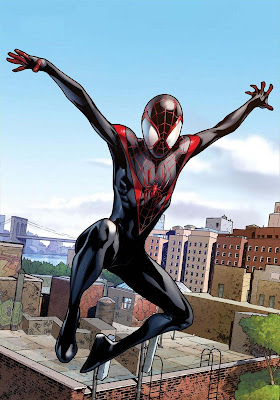 Word out from Marvel today that post Secret Wars, Miles Morales will be Spider-Man when the books resumes this fall! Peter Parker will be around in some sort of capacity as a mentor to Miles but Miles takes the role as Spider-Man!

I am sure this has been in the works for a while and the negative criticism they received from their Spider-Man has to be white and straight mandate helps divert the diversity issue for a while! I'm curious to see how long this lasts,tho! They have done a great job with Miles being the back up/secondary/alternate universe Spider-Man!  Allegedly he will also be an Avenger and all other teams that Parker was a part of!

But how long will it last? I may be redundant in asking but you have to question all diversity issues with Marvel? Yes we have a black Captain America now and a female Thor but we all know this is temporary! Comics have taught us many things over the years: Nobody ever stays dead and Marvel loves a reboot( DC,too)! As long as Parker is around, they will have the issue of what to do with Miles? And they may paint themselves into a corner because there won't be two Spidermen and if one is gonna go, you know it will be Miles and how do you end it without killing him.o
or depowering( which I'm telling you now-neither will go over we with Black Twitter)

So forgive my muted response! It's cool, I will buy it but since Parker is still floating out there, let's see how long before he reclaims Spider-Man and Miles is sent back to...

The Producer
Posted by Brothascomics at 4:36 PM