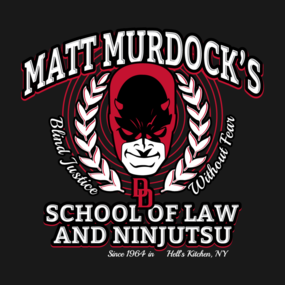 I just finished watching the Netflix series Daredevil and all I can say is WOW!  I am thoroughly impressed with what they did with this series.  Everything from the storyline to the acting is TOP NOTCH!!!!  First of all, let me say that the actor who plays Daredevil, Charlie Cox (a British actor by the way)  is absolutely terrific!  He brings a complexity,  compassion and brevity to the character that is on-point.  What a revelation, I am going to have to look for more of his projects.  He is definitely an up and coming actor.  Everything from his vocal tone, his physicality and his mannerisms brings so much to the character.  Not to mention he is easy on the eyes!  However, it is not just his performance, it is the entire cast.  Just top notch acting all around and I really don't think that anyone was miscast.

I was propelled to watch the series by (The Producer, AKA Little Hutch), who said that it was definitely worth watching.   The series was already in my que to be viewed at a later date.  I just probably would not have gotten around to viewing it until a much later date.  Boy, am I glad that I did not wait.  Once I started watching it, I was all in, and couldn't wait to see what happened next.  Believe me, you will be totally immersed in the plot and the characters and eager to see what happens.  The writing is just THAT GOOD!  The writing  is superb for the subject matter and platform.  I mean it was really surprising how each episode continued to keep you on the edge of your seat.  Not to mention you don't know who will survive from one episode to the next.  This seems to be he growing trend now, since Game of Thrones, with killing main characters, but it works so effectively in this series.

The cast consist of really good actors that bring a believability to their characters.  Consisting of as I mentioned earlier Charlie Cox, Vincent D'Onofrio, Vondie Curtis-Hall and Rosario  Dawson just to name some of the more well known actors.  Sometimes D'Onofrio's acting style can be so over the top or scenery chewing that it becomes distracting, as in Law and Order Criminal Intent.  However, with the character Wilson Fisk, he plays it just to the right level to make this character less cartoonish and more realistic.

For those of you who still may have a bad taste from the awful movie starring Ben Affleck, this series more than makes up for it.  I have yet to watch the movie all the way through.  I usually will catch it at the beginning or at the end and many times have fallen asleep through the middle.  So forget the movie and watch the series, it is definitely worth the T&E (Time and Effort).  I hope that word of mouth will get this series the recognition that it deserves.  With it being on Netflix, I am not sure how accessible it is to the general populous, since it is not on a network or cable.