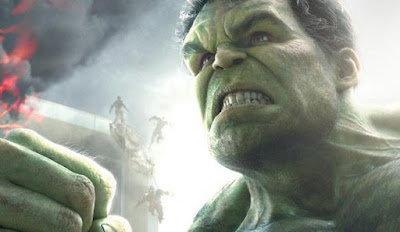 Who owns the Hulk movie rights?

There has been alot of debate out there about the Hulk and will he or wont he get another solo movie.
There are some issues as to who has the rights to the movie and distribution issues and blah blah blah.

I will break it down for you in a few sentences if you do not want to read that whole article.  Basically Marvel has the rights to the character but does not own the distribtuion rights to the film which belongs to Universal.  That is pretty much it.  Marvel come make and produce the movie and work with Universal to distribute it.... if they wanted to.  That is the thing, tho.  Does Marvel want to? And do we really need or want to see Hulk in a solo movie?

In case you forgot, there have already been two solo Hulk movies.  The first in 2003, Ang Lee's Hulk, which defintely is a contender for worst comic book movie ever!  So much angst. So little Hulk for the first hour plus of the movie.  Lets not forget the Hulk dogs and the villain/dad.... So much going on and none of it was good.

Side brotha note.  I was so hyped for that movie but I forgot to get my tickets in advance and when we showed up at the theater, it was sold out for the day/night so I had to wait until the next day.  I wish Twitter and all that was around then because I coulda saved that $8.  What a terrible movie and it is even worse on rewatch.  The special effect-while not bad for 2003, look so bad now.  And that movie had some decent acting talent in it and it still fell so flat. But I digress


Once Marvel Cinematic decided to get involved and tie their universe and characters togetherr, they produced a 2nd Hulk movie, The Incredible Hulk. I have been on record as to say that I am not a big fan of this movie, even though its not so terrible. I am not an Ed Norton fan and that probably clouds my judgment a bit.  Overall, the movie is ok and it advances the narrative that the Hulk lives in the Marvel Cinematic Universe.


But this still comes back to do we need to see the Hulk in a solo movie again?  Marvel could do it and he is a popular character, but as my friend Aaron always says, "its still the Hulk".  Meaning there is only so much you can do with the character without it becoming  repetitive, I mean really- Banner gets mad, Banner Hulks and smashes, Banner calms down and is upset, someone threatens banner, he Hulks up..... You get the picture?  Hulk works so well in the Avengers because he can come in, destroy, and then fade out of the movie.  That is what we want from the Hulk.  Hulk, smash!  That's it.  Banners tortured backstory and his motivation to stay calm or his work in the lab to cure himself- ugh give me a break!

I'm with Marvel on this.  I think they understand their property and character.  The smaller doses of the Hulk, the better and I hope they keep it that way!
Posted by Brothascomics at 11:35 AM