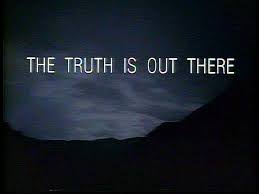 Is there really a need for an X Files reboot?  Based on what has been published, it has been stated that there is an intended X-File revival/reboot to be done in a 6 episode mini series.  The reboot starts Jan. 24th of 2016 and will include David Duchovny’s as Mulder and Gillian Anderson’s as Scully, Mitch Pileggi and William B. Davis.  It will be directed by Chris Carter the show creator.

I am not sure how I feel about this supposed reboot.  Considering how awful the two subsequent movies were, and seeing as they really didn’t make any money, why it would be necessary to reboot the series with a 6 episode run.  I am a true lover of the original X-Files, however, I must admit that it really was hit or miss after about the 3rd or 4th season.  After that, the stories and characters seemed to be all over the place, skipping from the black ooze & cancer man plot to hybrid humans and Mulder’s missing sister.  Then when the two lead actors decided that they were no longer interested in the show and were replaced with some other characters, it quickly ran its course.

Taking all of that into consideration, I am not sure that this reboot really has anything interesting or fresh to offer that has not already been attempted previously.  It feels like it could just be a retread of what has already been seen and dismissed.  I am sure hard-core fans will tune-in just to revisit old characters that they have missed and the general eeriness that the original series possessed.  However, I feel that it will probably fall victim to the same fate as the two movies, which were quickly forgotten.  It might be novel to revisit Mulder and Scully for a little while, which I think is why there is only going to be 6 episodes, but I don’t think that it will be able to recapture the paranormal intensity that the original series contained.

Just remember “The Truth Is Out There”, however I don’t think that we are going to find it with this reboot.