I don't get the love for Batman Begins 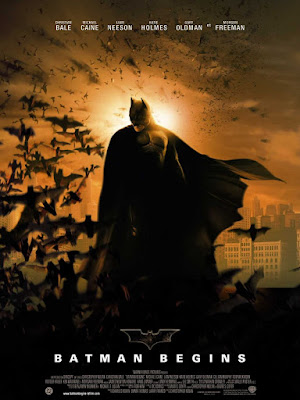 10 years ago this summer, my son was born( gotta plug a picture of my son) 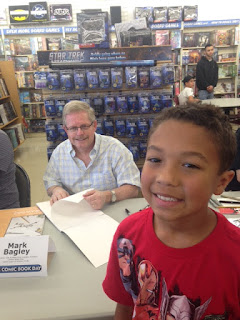 But also 10 years ago, Batman begins came out starting the trilogy by Christopher Nolan that helped redefine Batman( again) and helped us all move past the nightmare that was Batman and Robin.


this movie screams "The Company" BTW


But I bring up Batman and Robin, not just because it was an awful movie, and it is gawd awful.  I think much of the love that Batman Begins gets is because it came years after Batman and Robin and it gets graded on a curve.  There are some very cool parts to that movie and it played out an origin story unlike any seen before in the Batman franchise.  It had mystery, great action,  and gave Bruce Wayne some depth and let us see why he is/was so turtured.  It also had some super poor acting by Katie Holmes( but I digress).  But lets not act like this is a great movie because it is not-especially on future viewings.  When I first saw it, I was skeptical and had the bad taste and memory of Batman and Robin in my mind so my expectations were super low and when I walked out, I was like. "that movie kicked ass".  Then when I watched it on DVD and on TBS which used to run it non stop( now its the Dark Knight Returns), that movie is really not that good.  They handled the death of his parents well, but the Bruce Wayne runs off, gets trained by raz al guhl and will return to Gotham to avenge the death.... blah blah blah.  Its overrun with cliche after cliche and rushes its ending because it seems at some point the producers were like, "shouldn't Batman actually be IN the movie"?  Bruce Wayne is almost another character in his own right from Batman and people all have their favorites Bruce Wayne but fans are more into seeing Batman do cool stuff.  That is why I don't get the Batflek hate. Put him in the suit, make sure he does cool Batman stuff, and shut up about it already.

I always related Batman Begins to Attack of the Clones.  Now, Batman began a trilogy and AOTC is in the middle of a bad trilogy but they both came after terrible movies.  AOTC comes after Phantom Menace-which off the top, most people think is the worst Star Wars movie.  I would challenge you to watch AOTC again.  That movie is terrible and by far the worst of the six Star War movies.  Bad acting, terrible plot, rushed ending to get the title in.... I mean there are really no redeeming qualities to it-EXCEPT it came after Phantom Menace.  So when it came out, people judge it against Phantom Menace and was like, "its not so bad". But go back and watch it!  I dare you!

So I don't see the love for Begins.  Its the definition of OK and the weakest of the three movies. I could be wrong but I'm probably not!

-The Producer
Posted by Brothascomics at 10:22 PM