How THE COMPANY may ruin Captain America 3 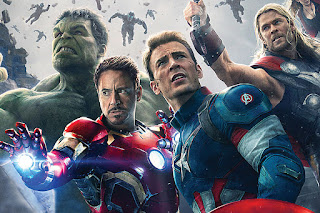 The Company is a term here which refers to the House of Mouse and how they- with great intentions, may damage their product to the point where casual and hardcore fans become blah about their product.  The Company, especially after a highly successful movie, will get more involved with a "more is better" philosophy and gently persuade( sarcasm) the writers and directors to ramp up the effects and add more heroes and villains to the project because that is what they feel people want( and in some instances, help sell more toys and products associated with the movie. Which is where the real money is made).

If you have been a fan of nerdly movies and tv projects, you have seen the company rear its ugly head many times.  Take for instance Xmen 3. After director Bryan Singer dropped out, the movie was given to Brett Ratner to finish and The Company( this time Fox) decided to shove as many mutants and mutant story lines into one movie, it just overwhelmed the project( Phoenix/Dark Phoenix Saga, Legacy Virus/Cure).

If you are a fan of the original Spider Man trilogy, by the time we get to Spiderman 3, The Company(this time Sony) is all over that movie.  We get three villains( Venom, Sandman, and Green/Hobgoblin) and a visibly tired director who doesn't care about the product and drops out of the franchise at the conclusion of the project.  Then The Company doubled down by rebooting a franchise that did not need it and made the same mistakes in two very poor movies and pushed their franchise back towards Marvel to help save the character.

Our friends over at Screencrush have an updated roster for Captain America 3: Civil War.  Just off the top of my head, you have Captain America and Black Widow now leading the Avengers.  The team is rounded out with War Machine, Falcon, Vision, and Scarlet Witch.  Already there are to be appearances by Iron Man, Black Panther, and Ant Man- and that is just the heroes.  Add to that Winter Soldier, Crossbones and Baron Zemo, and what I would imagine still more Hydra goons- its a pretty full movie.  Then this article drops and possibly the Hulk is going to be in the movie as well ( or at least Bruce Banner). WOW!

If I have not been clear about this, I was not a fan of Age of Ultron.  It has a bad case of The Company in the fact that is a special effects spectacle that is overloaded with heroes.  So many heroes in fact it took away from the villain in the movie and the villain is what makes all these comic book movies work or not work for the most part. The Company forced this vision( pun intended) on Josh Whedon and the whole project suffered and it ran off the director from future products( but at least they sold alot of toys)!

Overloading Captain America 3 makes some sense in that its following the Civil War comic book in which heroes fight each other based on the superhero registration act and heroes are choosing which side they are going to fight on.  In the books, Cap leads one side, Iron Man leads the other, so if there is going to be some hero on hero violence, you do need to have heroes on both sides of the conflict.  However, if Age of Ultron taught us anything, sometimes too much is too much.  The beauty of Winter Soldier is the simplicity of the movie.  The Russo brothers shot a Bourne  with a superhero in it.  It had mystery and intrigue and was handled with a slight of hand to keep moviegoers invested in our heroes and the villain.  Cap 3 now seems like another Avengers movie to hold us over until the next Avengers movie and that is a mistake. I have killed DC for rushing to get all their heroes into Batman V Superman( that movie SCREAMS THE COMPANY  BTW) and even though Marvel has established these characters, it can still overwhelm the movie by trying to fit each piece into the puzzle to make the movie work.  Age of Ultron suffered from this and I think the "Company" being involved here makes Captain America vulnerable to the same thing.

Does it matter? Yeah I think it does. Look, people are down with heroes now and I know Marvel is thinking there is long money here, but people and especially comic book fans are fickle.  Once you start mass producing these movies without any heart or substance, people will look elsewhere for entertainment.  The reason these movies have been so successful for Marvel is because they were cautious at each step and took their time to create a world where these movies could exist.  Now if they think they can just roll out more and more heroes without earning it, people will begin to care less and less they will be in a position where they will have to start all over again- like Xmen had to do, like Spiderman is doing, and like DC has been doing for the past 10 years.

Winter Soldier is my favorite Marvel Cinematic movie- by far.  I was very much looking forward to Civil War when it was fist announced.  Now. I'm a little scared. I hope I'm wrong but I have a feeling I am not.  #FEARTHECOMPANY

-The Producer
Posted by Brothascomics at 2:51 PM