No Country for Old Man Logan 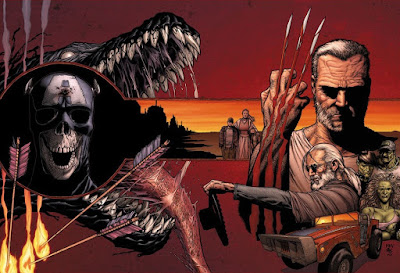 Man Hugh Jackman is old but he aint that old!  News broke today that the final Wolverine movie with Hugh Jackman may be based upon the 2008 storyline Old Man Logan.  In it, Logan/Wolverine is a shell of his former self and the United States is all controlled by villains, who have divided up the country into their own territories.  Logan, lives in an area controlled by the Hulks- who are descendants of Bruce Banner but are all jacked up because of incestuous relationships.

I will save you most of the details but it mostly involves Logan and a blind, hawkeye driving across the different territories and having interactions with villains in each area..... Blah blah blah!

I know movies do not have to stick to their source material-especially comic book movies.  But this would be way out there!  First off, the book is full of characters that are under the Marvel Cinematic tree and Fox would have no access to them. 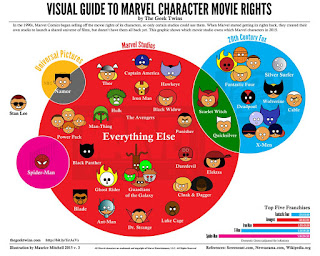 2nd, is this really what we want to see for the last Hugh Jackman movie. Look, its been nam 20 years since the Xmen came out and introduced us to Wolverine/Logan.  We have gotten to see Jackman go from puffy/hairy/skinny dude

We saw him make a black friend that no one wanted him to make!


Side brotha note- You know I would love to be in on the pitch meetings for movies.  I am sure this involved the idea that there were/are no black people in the movie and what can we do about that?  "I got it!" Let's get that one popular person from the Black Eye Peas!"  "Oh Fergie?"  No! No! No!.  The black guy! "The one who has no acting experience at all and put him in the movie with the powers to teleport!"  Um, in case you missed over 30 years of comic book experience, Logan/Wolverine already has a black friend( go with me here) that teleports and his name is Nightcrawler. 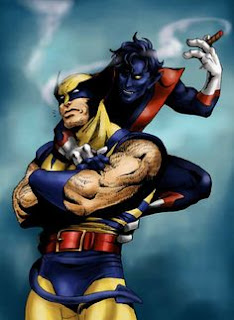 Well established friendship and could have worked just as well.  But I digress!

And we saw Hugh Jackman, at an advanced age, put on close to 30 pounds of muscle( all naturally I am sure) in the Wolverine to look like this!

So over these years, we have seen Wolverine do many things in these movies.  We have seen his Origin story( which they messed up), we got to see him go beserker rage in X Men United( which was pretty bad ass). We got to see him get down with Mariko and his life in Japan( which was done pretty well), and we even got to see him fight Sentinels in Days of Future Past( another great Singer led movie).  I am pretty sure nobody is calling to see Wolverine depowered and a pacifist.  I think the one thing that we all want to see in the final Wolverine movie is this!

People want to see Wolverine as Wolverine. Period.  Especially if its the last time Jackman is going to do it.  We want claws, we want action, we want to see the Wolverine going out like Wolverine.  Not on some Jack Keorac adventure driving across America trying to find himself.

Don't do it Fox.  Find a director and a writer who cares about the character.  I love Hugh Jackman but he produced Origins and you see what happens when you allow the star to dictate the character( I'm looking at you too RDJ and Iron Man 3)

Give the people what they want. Maybe fight Wendigo? Maybe meets Alpha Flight and they have to fight Wendigo!  I don't know but clearly Wendigo should be a part of it( just kiddin! but not really)

Posted by Brothascomics at 11:26 PM