Why it doesn't matter what white actor they cast as SpiderMan

News out today that Asia Butterfield will not be the next Peter Parker/Spider-Man when Marvel and Sony get together in their reintroduction of the webslinger back into the Marvel Cinematic Universe.  This was met with a collective yawn by me and probably by most blerds.  The fact is- it does not really matter what actor they hire to play Peter Parker from the list of actors they have lined up-
They are all essentially the same dude. Kinda nerdly and pasty and most essentially white! You wanna go that route-fine! I never held out much hope that Marvel would be so bold as to cast a black
Peter Parker or even go with Miles Morales. It does not fit their MO! 12 MCU movies in and we've had 3 black super heroes( Falcon, War Machine.., can you name the 3rd?) So all this handwringing over who it's going to be is just pointless!
I have a problem with another reboot anyway! Sending Peter back to HS is so unnecessary! There is no need to do anymore origin stuff with Peter Parker or SpiderMan. The character is already established. Short of him showing up married with MJ- no one is going to blink an eye at what is happening with Peter! People care about SpiderMan and his powers and web swinging and  him being s smart ass in the costume! The actor playing him is really an afterthought-unless they make him super emo like this guy 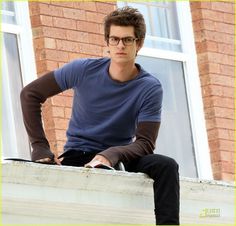 Sony has made numerous mistakes since the reboot but most egregious is they attempted to make the stuff going on with Peter AS IMPORTANT as the stuff going on with Spidey. Look the primary audience of the movies, like my 10 year old don't care about Gwen and Peter and will they or won't they... The characters need to be developed but the movie is called Spider-Man not the Days of Peter Parker's Life's


So yawn... Another white guy declined to play Peter Parker!  He probably thought it wasn't worth all the crap ima have to take anyway!  Wake me when Marvel/Sony does something bold! Maybe casting Peter Porker the Spectacular Spider Pig 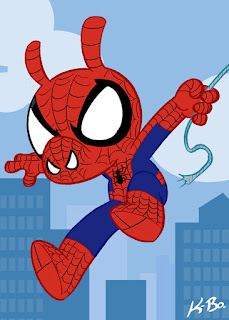 -The Producer
Posted by Brothascomics at 8:28 PM